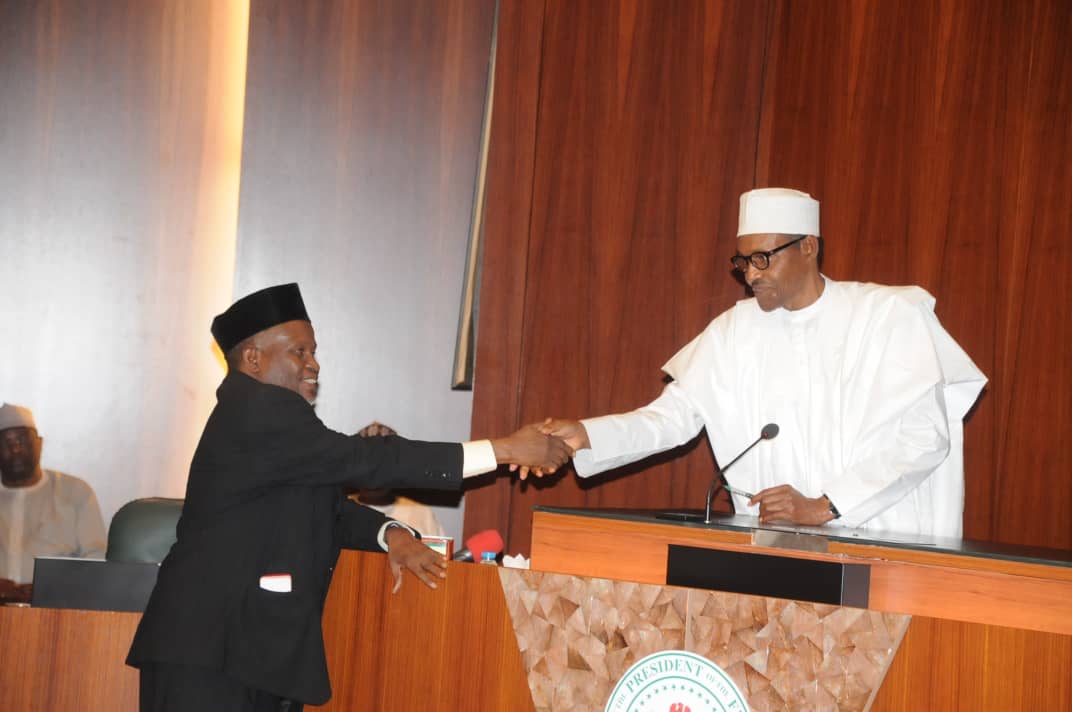 Onnoghen is currently facing trial over refusal to declare some of his assets in breach of the provision of the Code of Conduct Bureau Act.

However, here are quick facts about the acting CJN Ibrahim Mohammed:

He attended Government Secondary School, Azare where he obtained the West Africa School Certificate in 1973 before he later proceeded to Ahmadu Bello University where he received a bachelor’s degree in Law in 1980.

He later obtained master and doctorate (Ph. D) degrees from the same university in 1984 and 1998 respectively.

In 1989, he was appointed as Chief Magistrate of the High Court of Federal Capital Territory till 1991.

He became a judge at the Bauchi State Sharia Court of Appeal in 1991.

He served as Judge of the Sharia Court for two years and was appointed to the bench of the Nigerian Court of Appeal as justice in 1993.

He held this position for thirteen years before he was appointed to the bench of the Supreme Court of Nigeria in 2006. He was sworn in on January 7, 2007.