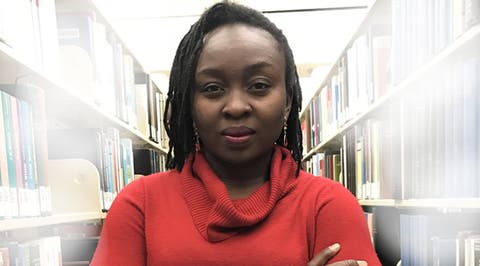 Years ago, I read about a man who worked as a night soil man. When he found that his son was ashamed of his lowly occupation, he had to explain to the kid that there was dignity in labour. Besides, someone has to clean up after the city and its occupants. The fact that he did not fit into the idea of what society considers noble and sexy jobs did not mean he was undeserving of the dignity of personhood. I recalled that story while watching the immediate past Minister of Information, Lai Mohammed, during his ministerial screening. Mohammed was supposed to justify his record of public service before the Senate, but he pivoted to the campaign that has soiled his name. According to Mohammed, he used to ignore the mischievous contortion of his name from “Lai” to “liar” until his seven-year-old grandson asked him about it.

What he said he told his grandson struck me as quite interesting.

First, I cannot resist noting that there is no contemporary politician more jinxed than Mohammed when it comes to names and the malice they incur on the bearer. Unfortunately, Mohammed built his career on propaganda such that when his traducers came for him, they found his name an easy weapon to use against him. Now, he goes around the world with the scarlet letter of “liar.” He cannot shake it off neither can he live it down.

Mohammed (and through his proxies) has protested this hilarious twist of his name a few times in the past. In February 2017, while visiting the Abuja office of Daar Communications Plc, he referred to the “lie” moniker appended to his name. Mohammed claimed that being labelled a liar is a price he had to pay for his service to the nation. The fact that he brought it up -again- before a Senate session that was going to tell him to “bow and go” shows that the issue haunts him. They did not ask him about it, but there he was, confessing like a witch in a deliverance service. It must be painful for him that he has to lug around that label throughout his life along with his other pains. Admittedly, his self-exoneration before the Senate was light-hearted, but as the Yoruba proverb says, it is in the act of jest that the truth is revealed. My hunch is that Mohammed – who has not been as vocal as the times when he was on a page of every newspaper – is embarrassed by his career as the All Progressives Congress propagandist because his scions have now grown up and begun to ask questions.

I am reminded of a similar story by the Special Assistant to the President on Media and Publicity, Mr. Femi Adesina, who claimed his daughter “almost wept” when she read the comments vilifying him on the social media. These snapshots into the private lives of these media men tell us that behind the façade of invincibility of power are vulnerable human beings who are hurt by their job. No, this is not to rake up pity for them. They knew what the job entailed when they signed up to wipe the behind of fellow politicians. These government mouthpieces did not seem prepared to give an account of themselves before the intimate crowd of their children and grandchildren. Their families are not people they can shut down with spurious shouts of “collective children of anger,” “wailing wailers,” “Descendants of Shimei,” “keyboard warriors” and other shaming labels they use during online “njakiri”, as the Igbo would call it. They have to justify themselves differently. Gone were the days when children were insulated from the fallout of parents’ jobs. These days, information is so democratised that parents in political offices will have to explain to their children why they are a spittoon for Internet folk. Adesina says he told his daughter that the Adesina she sees crucified online is the one online warriors created for themselves, not the real him. Mohammed says he told his grandson not to mind his critics because they are the “bad guys.”

While I understand such answers to their children are necessary to deflect the embarrassment of online insults, I think they should have been more honest with their children. Saying your critics are the bad guys is setting them up poorly for the world in which you have sown so much toxicity. Life is more complicated, and Mohammed especially needs not underestimate the perspicacity of a seven-year-old to apprehend issues. They could, for instance, tell them that like the job of a night soil man, somebody has got to do it. Somebody has got to clean up after a government that messes on itself with a childish abandon. The lot fell on them because they were at a certain place at the time when those services were needed. Just a week ago, about 13 Shi’ites, a policeman, and a “youth corper”-journalist were killed in gruesome circumstances that should not have escalated into violence if Nigeria valued life. Since that happened, the President’s media men have been all over the social media wiping the blood.

Presidential aide, Garba Shehu, had the effrontery to tell us the Shi’ites killed the policeman, DCP Umar Usman, and the journalist, Precious Owolabi, during their protests. There has been no official report of an autopsy, but Shehu has already decided the case. Meanwhile, the police are the ones who carry weapons and the Shi’ites have regularly been victims of their brutality. Shehu even claimed that the decimation of the Shi’ites in Kaduna was because the government proscribed them. He must have edited his memory to exclude the part where soldiers brutally massacred those Shi’ites in that same Kaduna. This is no hearsay, the murder and mass burial of 347 victims were publicly admitted at the sitting of the Judicial Commission of Inquiry set up by the Kaduna State Government. For Nigeria to admit that many, you can multiply the figure by at least three. Shehu even added that their recent ban on the Shi’ites’ Islamic Movement of Nigeria now means any action taken to repress them is justifiable. That is what the government that employed both Adesina and Mohammed to clean up its soiled clothes does.

How they can construe anybody but themselves as the bad guys beats me.

I think they owe it to everyone to tell their children the hard truth. They should tell them they do what they do so they (themselves and their children) can lead a life of comfort and privilege. They should tell their children that Nigeria is a hellhole. It is a place where people can be killed on the streets because they protest; a place where the education system has collapsed such that even the President and Vice President who stopped the allocation of forex for other people’s children foreign education send their own abroad and dazzle us with graduation pictures on social media; a place where the healthcare system has depreciated to the point that none of our leaders can entrust their health to the system, and will rather fly abroad; a country whose future has been cannibalised and where the destiny of the inhabitants of this geographical expression called Nigeria is no one’s immediate priority. They should show their children the reality of living and existing in Nigeria outside of the spaces of power. Then tell them that if they do not want to fall from glory, they should stop checking the Internet for what people think of their fathers. They should just shut up and accept all the goodies that Daddy brings home with gratitude, even when its wrapper drips with the sweat and blood of other Nigerians.