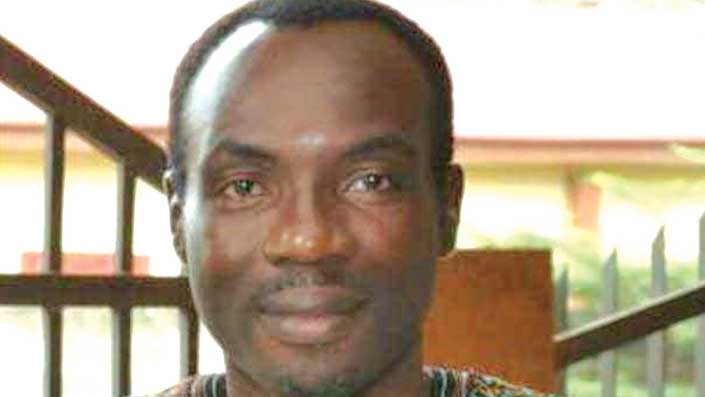 A final closure came for 38-year-old Adekunle Tade, an Uber driver whose body was found in Lagos lagoon after he was reported missing since December. He was laid to rest at about 8:16p.m. last Thursday at African Church Cathederal, Ifako.

The burial, which was restricted to three clerics, family members, deceased’s wife and two children, took place in the graveyard located behind the church premises. Those who had gathered to pay their last respects were however horrified when it was discovered that the size of the casket did not fit the dug grave, which led to a new construction at the gravesite.

It was a long wait for the deceased to be committed to mother earth after several autopsy conducted on the body at Lagos State University Teaching Hospital (LASUTH) delayed the burial earlier scheduled for 12noon.However, the children of Adekunle were bathing in tears during the burial of their father who was allegedly tortured and murdered by his car owner, Mrs. Andry Nwokedi.

Tade who drive for the car owner, Mrs. Andry was allegedly attacked by armed robbers who boarded his car from airport road, Ikeja on 4th of December 2018.Although he reported the case to Ilepo police station that the car was snatched but the car owner, Andry was not pleased with his story which made her invite him over to her apartment.

His friend, Mr. Kehinde Olatono who accompanied him to grant Andry’s visit at her apartment claimed that he heard some strange noise inside the house while waiting for his friend outside which made him ran to see what was happening but was shocked to see his friend being tortured on a bare floor.Although Tade never returned home after the torture but was declared missing till his body was found in the lagoon some weeks ago.The family of Adekunle has therefore appeal to Lagos State police to seek for justice for the deceased.