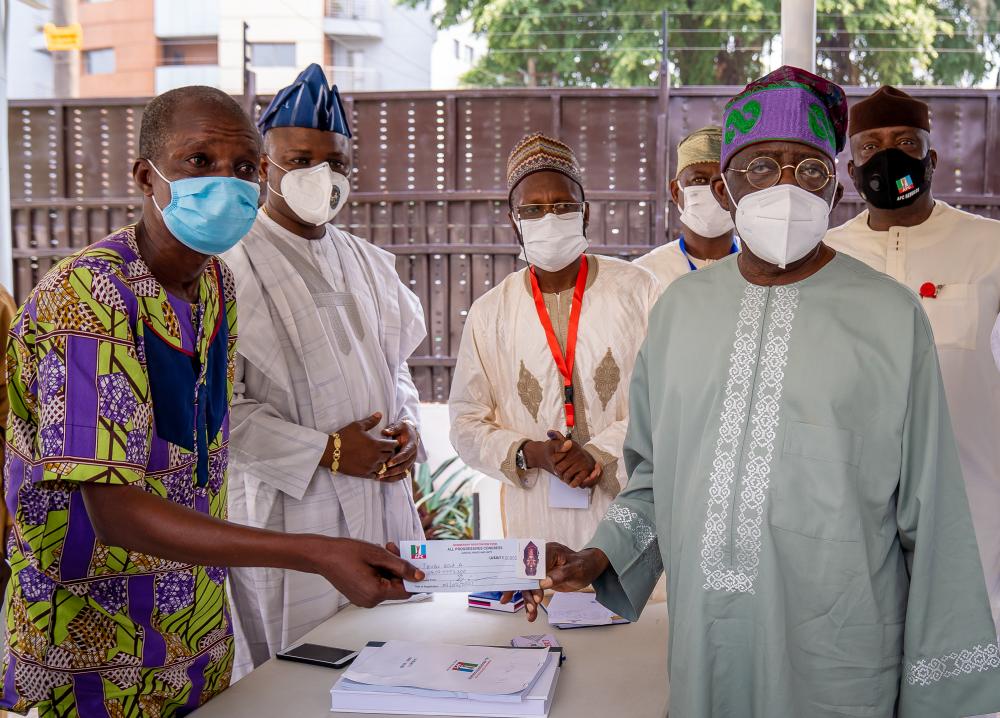 The All Progressives Congress (APC) national leader, Bola Tinubu, says he can not oppose the criticism of the party by ex-Osun Governor, Bisi Akande.

The former interim APC national chairman had described the ongoing registration and revalidation exercise as wasteful.

Akande also condemned the constitution of a party Caretaker and Convention Planning Committee.

On Saturday, Tinubu said he could not fault his ally’s position.

The former Lagos Governor spoke to reporters at his Ikoyi residence after revalidating his membership of the APC.

“I will not fault Baba Akande’s position, I will not but endorse it”, the politician said.

Tinubu said he never heard a situation whereby the party’s register submitted to the Independent National Electoral Commission (INEC), at the time of APC registration, was invalidated.

He, however, noted that the current exercise was a matter of addition and subtraction, free entry and free exit.

“You have joined a particular party; you have decided to leave that party. You have equal opportunity for new members to join and update the existing register of the party”, Tinubu added.