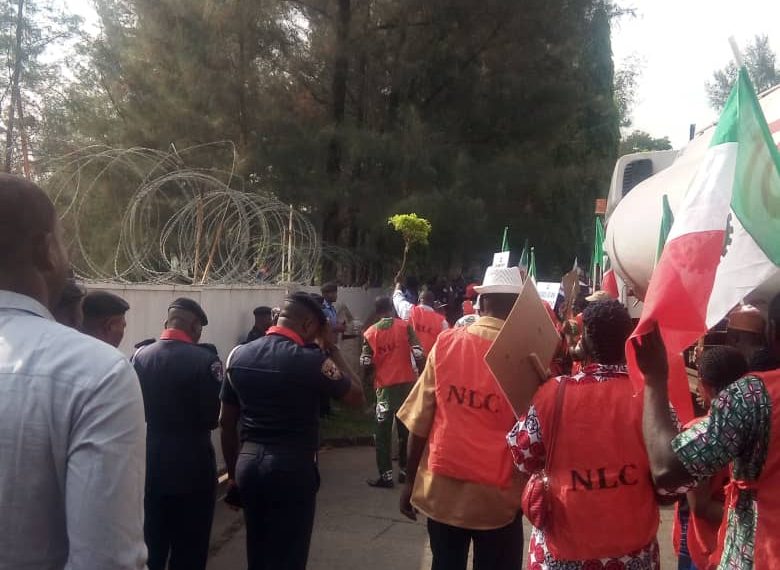 The Nigeria Labour Congress (NLC) and the National Union of Petroleum and Natural Gas (NUPENG) made good their threat on Wednesday when they picketed the house of the Minister of Labour and Employment, Senator Chris Ngige over his refusal to inaugurate the Frank Kokori led board of the Nigeria Social Insurance Trust Fund (NSITF).

As early as 6.00am, the labour leaders mobilized members to the house of the Minister located opposite the Katsina Governors lodge in the Asokoro area of the city and blocked the gate with two tankers, chanting solidarity songs.

However, a group of boys suspected to be hired thugs stormed the place and chased away the labour leaders and Journalists with everybody running in different direction for safety.

The President of the NLC, Comrade Ayuba Wabba was yet to arrive the place when the incident took place.

Labour claimed that the Minister invited thugs to attack them and is summoning its Central Working Committee meeting for Thursday to decide on further action.