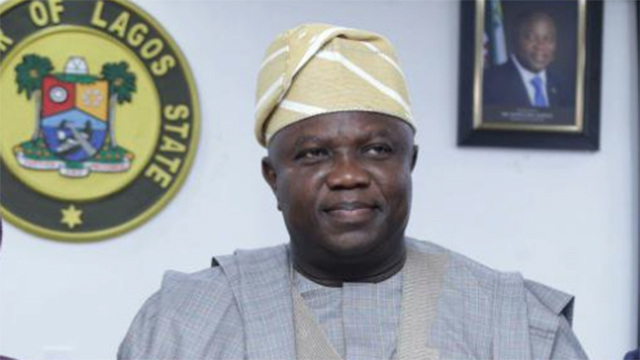 Many questions are begging for answers over President Muhammadu Buhari’s scheduled visit to Lagos State today to commission some projects. The projects expected to be commissioned by the president include the reconstruction of Oshodi-International Airport Road, Oshodi Transport Interchange, 820 mass transit buses, an ultra modern 170-bed Obstetrics and Gynaecology specialist hospital located within the premises of Lagos University Teaching Hospital (LASUTH), Ikeja, and The Eko Theatre.

The visit is expected to last between the hours of 9:00am and 3:00pm, during which traffic will be diverted on some key routes around Ikeja and its environs. The questions is, why the rush by the incumbent governor, Mr. Akinwunmi Ambode, to commission projects that are yet to be completed, especially the Oshodi-International Airport Road and Oshodi Transport Interchange?

Another puzzle is whether there is any political undertone associated with the development. The third identical question citizens of the state are curious to ask is if truly governance is a continuum, like the state chapter of the ruling All Progressives Congress (APC) claims, why can’t the incumbent governor just take his exit on May 29 and allow his successor and Governor-elect, Mr. Babajide Sanw-Olu and his deputy, Dr. Obafemi Hamzat, to put perfect the propjets, do the test run and then commission them when convenient? Some had wondered if the political stakeholders in Lagos are desperate to impress President Buhari?

But there are more to the issues in the state’s politics than meets the eye, especially in the last few months. It is being insinuated that Ambode may not want to play another ‘political dullard’ having been thoroughly beaten once when he was ‘unexpectedly’ denied second term ticket in the controversial governorship primaries held in October 2018. The leadership of APC thereafter went to town to rubbish his achievements, which most of them (party leaders) had earlier attested to as being fantastic and in line with the party’s agenda.

An inside source in the party told The Guardian yesterday that the governor might have thought it wise and also expedient to take the glory of the major projects executed under his government before his exit next month “otherwise he may also be seriously dealt with like he was allegedly used to deal with his immediate predecessor, Mr. Babatunde Fashola, whom he was accused of denying credit for some of the achievements recorded during his administration after he left office in 2015.”

The source cited the example of how Fashola was nearly not recognized by Ambode in 2015 over the commissioning and launch of Mile 12-Ikorodu Road widening and Bus Rapid Transit (BRT) operation, which Fashola started but could not complete before leaving office in May 2015.”

Another member of the party also explained that Ambode might also be trying to avoid the ‘law of karma’ from catching up with him, especially when considering the alleged manner in which the incumbent deliberately abandoned some of the massive projects, which Fashola started. An example is the ongoing Lagos-Badagry Expressway Expansion project, which he (Ambode) promised would be completed before the end of 2019. Obviously, nothing concrete has been done to improve the project beyond where Fashola left it.

The governor has also been accused of abandoning the yearly Climate Change Summit, which Fashola embarked on since 2007. Political pundits believe that the incumbent, despite the massive gains recorded by the summit in regards to the environment, looked the other way, either with the aim to spite his predecessor or erase some of his (Fashola) achievements. The same insinuation goes for how Ambode replaced the effective Lagos Waste Management Authority (LAWMA) with his own, Visionscape, a foreign waste management company.

The national leader of APC and political benefactor of the incumbent and his predecessor, Asiwaju Bola Tinubu, was forced to disassociate himself from Visionscape and also asked Ambode to reverse himself in April last year when over 350 waste service providers staged a protest against the governor.

“Putting these among other political and policies’ miscalculations together might have thought it very expedient to take the glory of his achievements before his exit,” a member of the party said yesterday.

While it may be said that Ambode’s rush is being driven by some of his past actions and the possibility of the incoming administration dealing him the same blow he dealt his successor, it may also be correct to say that the politics between the presidency, the northern power brokers and Tinubu is playing out in today’s project commissioning in Lagos.

It would be recalled that some powers-that-be in the party, especially the presidency, were uncomfortable with the way Ambode was ingloriously denied a second term ticket by Lagos APC, especially Tinubu, whom they passionately pleaded with to restate incumbent’s ticket but to no avail. From the look of things, Ambode has been playing more at the presidency since the party denied him a second term ticket than in Lagos. An inside source explained that Buhari’s visit to Lagos today is part of the ‘Abuja cabals’ decision to rally round the governor, at least to save him from complete embarrassment, “Otherwise, for almost three years President Buhari did not bother to visit Lagos when we assumed power in 2015. So, why the hurry now when the two major projects are yet to be completed?”