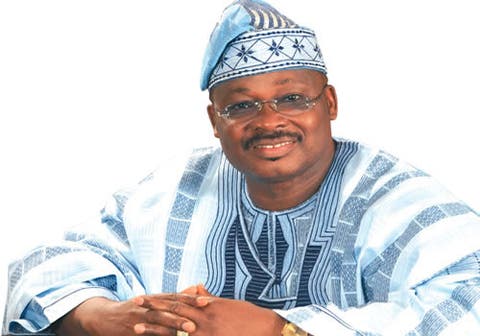 A former Governor of Oyo State, Abiola Ajimobi, on Sunday described his successor’s constant reference to about N150bn debt he left behind as ‘a needless mudslinging.’

Ajimobi, who spoke to journalists at his Oluyole, Ibadan residence, after observing the Eid-el- Kabir prayer at the Obafemi Awolowo Stadium, lamented the outcry the matter had generated.

He argued that Oyo was not among the first 10 states in the list published by the Debt Management Office.

Governor Seyi Makinde had alleged that the Ajimobi’s administration left behind a huge debt profile, which according to him, made the state insolvent.

But Ajimobi said, “If you look at the debts owed by each state in the country as published by the DMO, you will see that Oyo State is not even among the first 10 with heaviest debts.

“The United States is the number one debtor in the world. Government by nature and establishment must continue to have debt. They must be able to use people’s money to make money.”

The former governor explained that 50 per cent of the debt owed by his administration was part of the World Bank loan taken by previous governments in the state and that less than 30 per cent of the amount had been accessed.

On the allegation that his aides drove official vehicles away, Ajimobi said his appointees paid for them based on the decision taken by his government.

The former governor said that there were official documents on the transactions, even as he urged the incumbent administration to beam its searchlight on civil servants who had allegedly driven some of the vehicles to mechanic workshops.