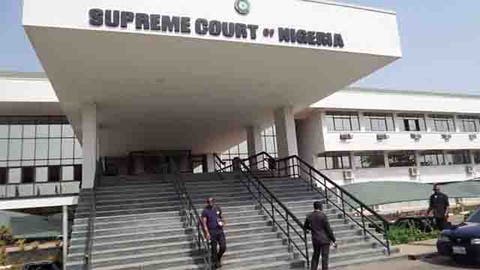 The Supreme Court on Thursday fixed May 24 for judgment in the appeals relating to the dispute over the validity of the All Progressives Congress’ primary elections which produced the candidates fielded by the party in the last general elections.

The Acting Chief Justice of Nigeria, Justice Tanko Muhammad led the five-man panel which heard the appeal on Thursday.

‎There had been two conflicting judgments of the Federal High Court in Abuja and the High Court of Zamfara State on whether or not the party conducted valid primaries in the state.

The Abuja and Sokoto divisions of the Court of Appeal had also delivered conflicting judgments on the matter.

While the Governor Abdulaziz Yari faction which, with the backing of the national leadership of the party, produced the candidates fielded for the elections in the state, had maintained that the party conducted valid primaries in the state, the Senator Kabir Marafa faction claimed otherwise.