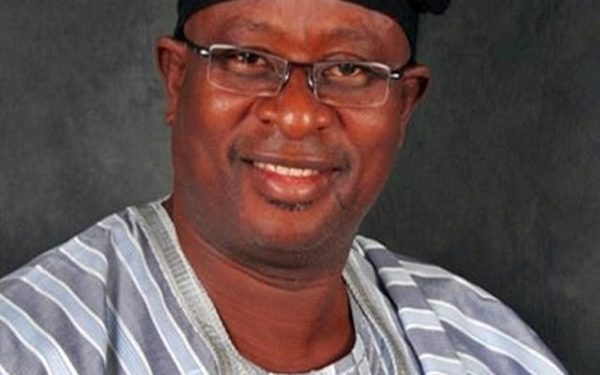 The Inspector General of Police (IGP), Delta Attorney General and Commissioner for Justice, Peter Mrakpor (SAN) and Commissioner of Police, Hafiz Inuwa, have insisted ex-Minister of Education, Kenneth Gbagi, must be investigated over his alleged roles in the stripping and torture of four of his staff.

The IGP, the Delta AG and CP want a Federal High Court in Abuja to reject a fundamental rights enforcement suit filed by Gbagi and order him to surrender to the police in response to a warrant of arrest already issued against him.

Their position is contained in separate counter-affidavits they filed as respondents in the suit by Gbagi, marked: FHC/ABJ/ CS/1267/2020.

Gbagi had sued, alleging among others, his rights were under threat and the AG had instigated the police against him in view of his intention to contest the next governorship election in Delta State.

The applicant (Gbagi), who seeks among others, to perpetually restrain the respondents, had in September last year, obtained an interim restraining injunction against the IGP, the Delta AG and CP pending the determination of the suit.

The respondents, in their counter-affidavits, faulted Gbagi’s claims that his rights have been violated and that he was being targeted in view of his interest in the 2023 governorship election in Delta State.

While urging the court to dismiss the suit, they argued that it was solely intended by Gabgi to evade police’s investigation of his role in the alleged crimes.

The IGP and Delta CP, in their counter-affidavit filed by their lawyer, Lukman Fagbemi, stated that Gbagi was only invited to shed light on his alleged roles in the allegation that he instructed and supervised the detention, stripping and taking of nude pictures of four workers (including a married woman) in his Signatious Hotel and Suites, Effurun, Delta State.

They stated he “was duly informed of the need for him to make himself available for the purpose of interrogating him regarding his role regarding the allegation against him in the petitions and was duly warned of the likelihood of his arrest if he continues to ignore the lawful invitation extended to him.

The IGP and Delta CP added that their roles in the case was in relation to police’s statutory responsibility of conducting investigation upon allegation of crime and “have not done anything to damage the goodwill of the applicant’s business, if there is any.

“The fact that the applicant has officially declared his interest to contest the governorship election in Delta State in 2023 will not shield him from lawful invitation and being investigated regarding the commission of any offence if there is reason for such.”

In the counter-affidavit filed for the Delta AG by his lawyer, Akinlolu Kehinde (SAN), it was contended that, as against Gbagi’s claim, evidence abound to show that he “was not only at the hotel during the period of incarceration of the victims of the crimes, but was indeed, the grand mister of the crimes committed against the complainants.

“From stripping of the victims naked to their pants, locking them up in an office, parading them naked before co-staff and around the hotel premises before forcefully clearing up their bank accounts into the hotel’s account on the applicant’s instruction.

The AG further stated that, upon receiving the case file from the police, and based on available evidence, the office of the Director of Public Prosecution (DPP) in the state directed that Gbagi should be investigated.

“It was also noted that due to the fact that the applicant failed to honour the invitation to him, an arrest warrant should be issued against him in order to obtain his statement in response to the allegations against.”

On February 11, when the case came up, lawyers to parties – E. O. Jakpa (for applicant), Fagbemi (for first, second and third respondents) and Kehinde (for the fourth respondent) were unanimous that every necessary documents has been filed and that the case was ripe for hearing.

Justice Taiwo Taiwo however, adjourned till March 11 for the hearing of the case.