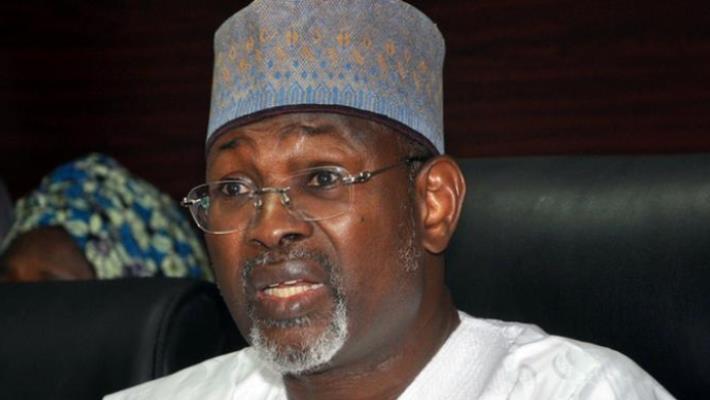 The outspoken but widely regarded former chairman of Nigeria’s Independent National Electoral Commission (INEC), Attahiru Jega, has lashed out at judges and lawyers enriching themselves from participation in election cases in the country.

Jega, a university teacher who delivered one of Nigeria’s freest and fair elections in 2015, spoke of instances where some corrupt judges were appointed to election petition tribunals in order to corruptly enrich themselves by selling judgments to parties that paid them the highest bribes.

According to Jega who spoke at the Owolabi Afuye memorial lecture organized by the Nigeria Bar Association (NBA), said the corrupt judges quickly went into retirement after they had made so much money selling judgments to the highest bidders.

This way, he said they escaped being sanctioned by the National Judicial Council.

“Similarly, many judges have become notorious for corrupt enrichment for ‘cash and carry’ judgments, especially in election matters generally and in election tribunals, more specifically.

“Some election tribunal appointments were in the past widely said to have been made to senior judges about to retire, who allegedly ‘sold’ judgments, most likely to the highest bidders, enriched themselves and quickly retired to avoid being sanctioned by the National Judicial Council.

“When lawyers use technicalities to subvert justice and ‘win’ cases without regard to the perpetuation of injustices, they basically help to undermine, rather than enhance national development, peaceful coexistence, and security. They discard ethical and professional conduct, and put parochial and/or self-serving objectives in the forefront of their practices.”

The former INEC boss said activities of these corrupt judges and lawyers were fuelling underdevelopment and insecurity in Nigeria and called on the NBA and the Body of Benchers to urgently address the issue to save the country from crisis.

He said while some argue with those who describe Nigeria as a failed state, no person would dispute that Nigeria was fast failing.

He added, “Specifically, on insecurity, a combination of militancy, insurgency, banditry, farmer-herder conflicts, kidnapping for ransom, and ethno-religious or communal conflicts, with evident lack of competence and capacity to address these challenges, has unleashed generalised individual and collective apprehension, palpable insecurity, and fatalistic resignation.

“Many citizens have been killed, maimed, raped, displaced, and properties stolen, confiscated, and/or destroyed. Hundreds of thousands of citizens have been staying in Internally Displaced Persons camps for long, with the future of children compromised by malnutrition, diseases, and prolonged abandonment of schooling.

“In some areas of the country, notably North-East and North-West geopolitical zones, famine is imminent, as insurgents and/or bandits have obstructed farming and agrarian food production and destabilised the rural economy, with outright killing of whoever ventures out to their farms, or imposition heavy taxation on those allowed to farm.

“Indeed, things have been so bad for so long that, some scholars are beginning to perceive Nigeria now, perhaps exaggeratedly, as a ‘failed state.’ ”