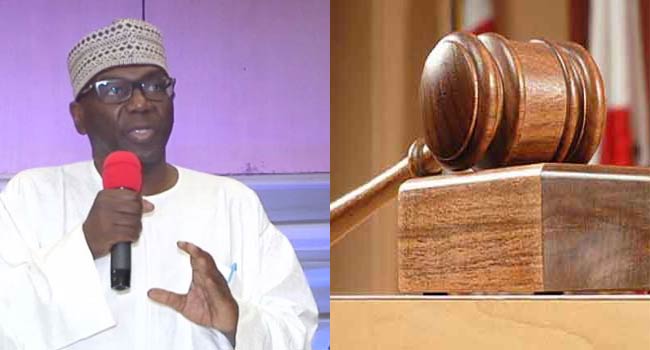 Judge Adenike Akinpelu, struck out the case after Adekunle Olufemi, who filed the case, told the court he had presented a notice of withdrawal of the case.

Olufemi told the court that he is withdrawing the case for his personal security.

Justice Akinpelu then dismissed the case since the claimant said he was no more interested in the case.

The counsel to the governor, Salman Jawondo, however, asked for the cost of N1million against the petitioner which the judge ruled against.

Akinpelu held that the withdrawal means that, the efforts of one Olusola Olaseinde who wanted to join the suit were inconsequential since the original case has been withdrawn.

Olufemi had earlier dragged Abdulrazaq to court alleging that the West African Senior School Certificate he presented to the Independent National Electoral Commission (INEC) to contest the Kwara governorship election was forged.

Abdulrazaq had denied presenting a fake WAEC result to INEC. He claimed that the case was politically motivated and meant to stop him from contesting the March 9 governorship poll.