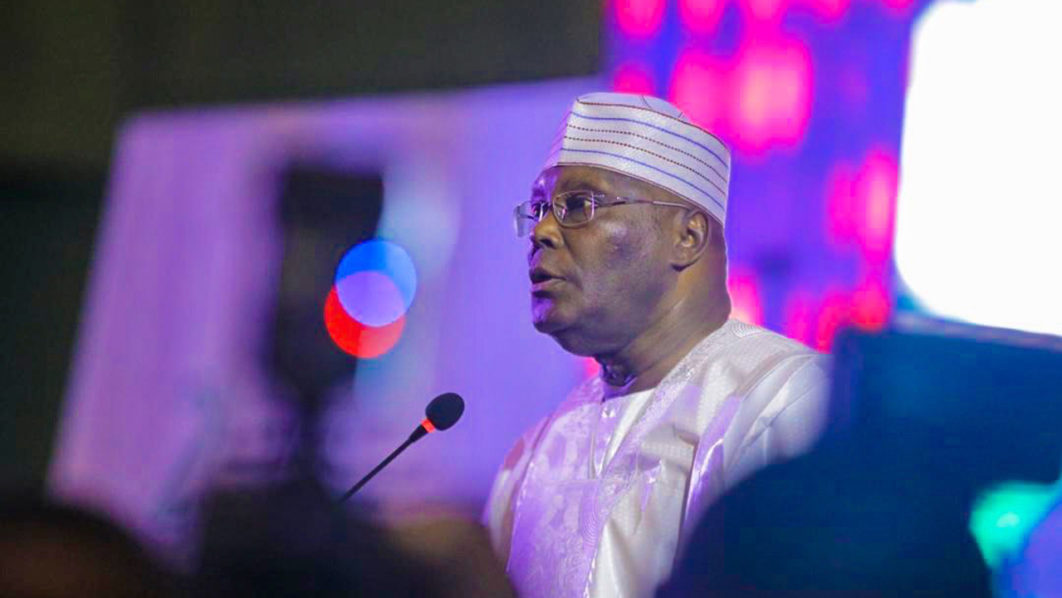 The defeated main opposition candidate, Atiku Abubakar, in Nigeria’s presidential elections filed a legal challenge in March against the outcome of the presidential poll.

Abubakar’s petition states that he defeated the All Progressives Congress’s Muhammadu Buhari, who was declared  the winner of the eection.

The petition asks that the electoral commission overturns the result “on the grounds of irregularities.”

In the 141-page petition which contained five grounds, Atiku and his party People’s Democratic Party are praying that they are declared the winner of the poll.

The two petitioners prayed the Presidential Election Petition Tribunal to nullify the poll and ordered for a fresh election that will be conducted in lines with provisions of the electoral laws.

Here are the five grounds upon the petition is based:

That Buhari was not duly elected by the majority of lawful votes cast at the election
Abubakar alleged that “from the data in the 1st respondent’s (INEC’s) server… the true, actual and correct results” from “state to state computation” showed that he polled a total of 18,356,732 votes to defeat Buhari whom they said scored 16,741,430 votes.

By this, Abubakar claims to have defeated Buhari with 1,615,302 votes.

The election of the Buhari is invalid by reason of corrupt practices
The PDP candidate alleged that the presidential poll was marred with “corrupt practices” before and during the poll.

He said the electoral materials were compromised and mentioned the massive thumb-printing of ballot papers and manipulation of security agencies and militarisation of the election as means through which the ruling party influenced the election.

The election of Buhari is invalid by reason of non-compliance with the provisions of the Electoral Act, 2010 (as amended).

Also, he said INEC ordered supplementary elections in 14 states, covering 2,341 polling units with 2,698,773 registered voters, which according to Abubakar “did not take place as prescribed by law”.

Abubakar, therefore, contended that if 2,906,384 cancelled votes are added to 2,698,773 voters who did not vote, the figure will stand at 5,605,157, which will exceed the figure of 3,928,869, which was the difference in the votes INEC announced to declare Buhari winner. Hence, Abubakar said INEC ought to have “declared the February 23, 2019 Presidential election inconclusive.”

Buhari was at the time of the election not qualified to contest the said election
Abubakar alleged that Buhari does not possess the educational qualification to contest the election to the office of the President and that Buhari submitted a “stale general form of affidavit” dated 24th November 2014 before High Court instead of “an Affidavit specifically sworn to in respect of the 2019 General Elections.”

Buhari submitted an affidavit containing false information of a fundamental nature in aid of his qualification for the said election
Abubakar said Buhari in the “stale general form of affidavit” claimed that all his academic qualification documents are currently with the Secretary Military Board.

Meanwhile, “the Nigerian Military has since denied that it held or was in possession” of Buhari’s educational certificates.

Abubakar also claimed that the Middle School Katsina and Katsina Provincial Secondary School which the Buhari claimed to have attended in his Curriculum Vitae between 1953 -1956 and 1956- 1961 respectively were at the material time, non- existent.