The leader of the Indigenous People of Biafra, IPOB, Nnamdi Kanu has reacted to a viral sex video of him and his wife.

A sex video yesterday surfaced online of the IPOB leader with a lady said to be his wife, Uchechi.

In the video, Kanu and his wife could be seen in bed half naked talking about their sex life.

However, apparently referring to the video, Nnamdi Kanu praised his wife for being intoxicatingly beautiful.

Alongside a picture of his wife, he tweeted, “When I repeatedly announced on radio that you are intoxicatingly beautiful, most didn’t quite understand.

“Now millions can bear me witness. Even after childbirth, as adorably divine as ever. In the end we always win.#Biafra rocks!” 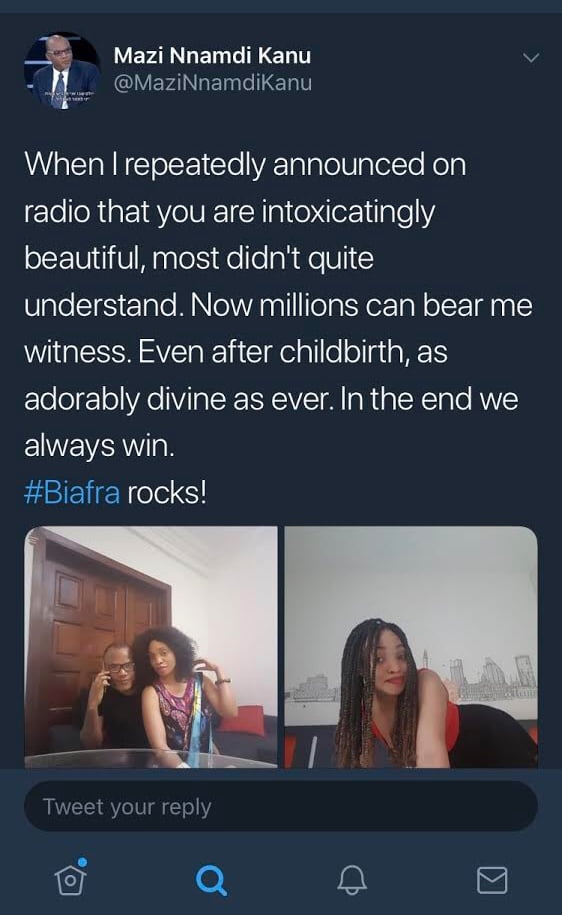