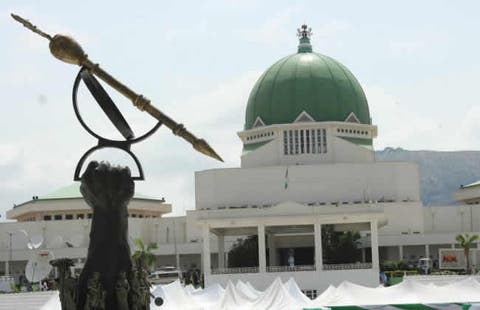 The News Agency of Nigeria reported that the lawmakers – Rimamnde Shawulu (Peoples Democratic Party-Taraba) and Kehinde Agboola (PDP-Ekiti)– made the remarks in separate interviews in Abuja.

There have been calls for the adoption of the open ballot for election of the leadership of the next National Assembly.

NAN quoted Shawulu as saying that any attempt to change the House of Representatives’ standing Orders in the ninth Assembly election without following the due process, would be an aberration.

The lawmaker said promoters of open ballot were not well informed.

He said, “Let them come from outside and amend the rules. President Muhammadu Buhari said he could not sign the Electoral Act because it was too close to the 2019 general elections.

“Now, we have some weeks to the election and you want to amend how leadership is elected. That is double standard. It doesn’t make sense.”

The lawmaker, who is the Chairman, House Committee on Army, said the rules would have to be amended at the lower chamber before anyone could talk about open ballot.

“The rules are already set. Any member who wants the rules amended can bring the motion to the floor of the House.

“If it is passed, it becomes law. But now, the rules of the House have been there since 2011.

“There has been no reason to change, but if anyone thinks they should be changed, he can bring the proposed amendment,’’ the lawmaker representing Takum/Sons/Ussa/Special Area Federal Constituency said.

He pointed out that the rule, which were  clearly written out, “are about secret ballot.’’

Corroborating Shawulu’s position, Agboola said adopting open ballot “will amount to shifting the goal post at the middle of a football match.’

“We have never adopted open ballot in the House. So, we will not take that; they can’t dictate to us.

“Unfortunately, some of the new members too do not even know how it works.

“When we were coming in, the standing order had already been produced for the eighth National Assembly.

“We have produced the one they will use. Anytime it is produced, there is no tension; so it is not bias.

“You cannot just change the rules because you want a particular candidate at all costs.

“If you are popular, why are you afraid? Why didn’t they opt for Option A4 for the 2019 election?

“That means that you want to victimise members. It means you want to impose a candidate on us. It cannot work.”

Agboola, who represents Ikole/Oye Federal Constituency, added, “The order paper of the House incidentally takes effect from the day of the inauguration. And on the first day of the parliament, the Order 2 stipulates people that can vote