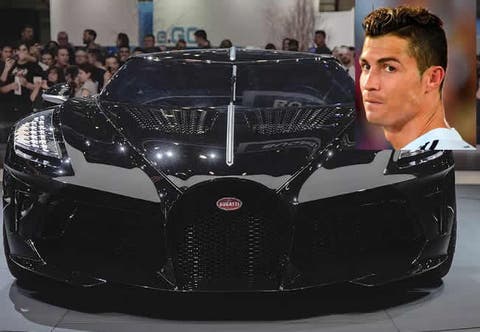 The manufacturer built only one of the prototype super car as a tribute to the 110th anniversary of the founding of the company.

Quoting the Spanish sports paper Marca, Daily Mail reports that despite the rumour surrounding the ownership of the legend-on-wheels, the actual buyer was the legendary footballer.

The owner will not be able to drive the car until 2021, however, as the manufacturer still needs to finalise some small details on the prototype, reports say.

Ronaldo is known to own a fleet of luxury cars that reportedly include a Mercedes C Class Sport Coupe, a Rolls-Royce Phantom, a Ujn Ferrari 599 GTO, a Lamborghini Aventador LP700-4, an Aston Martin DB9, a McLaren MP4 12C and a Bentley Continental GTC Speed.

Daily Mail notes that Bugatti has yet to confirm the report.