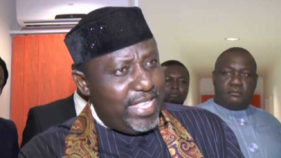 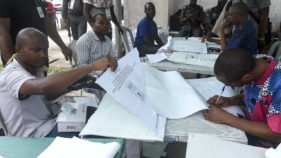 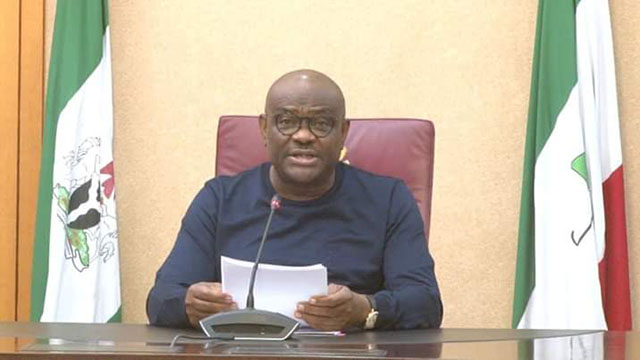 After years of political bickering, the All Progressives Congress (APC) has finally indicated readiness to accept Governor Nyesom Wike’s peace proposal to bring greater development to the state.

Senator Andrew Uchendu, who spoke on behalf of state APC members, told journalists in Port Harcourt yesterday that Minister of Transportation, Chibuike Amaechi’s desire for peace has signaled an end to politics of acrimony and the beginning of good governance.

Uchendu stated this while reacting to Wike’s April 17, 2019 broadcast, in which he extended an olive branch to all Rivers people, including political parties, which have been struggling for power to guarantee a better life for the people.

He noted that two weeks have passed since the broadcast was made and as stakeholders in the Rivers project, the APC had waited in the hope that they would see deliberate actions arising from that broadcast geared towards rebuilding the state and restoring the dignity of every Rivers person.

“Although we are yet to see indications of any intent in this direction, we are resolved not to give up. We believe that Governor Wike is sincere in the peace initiative.

“And it is for this reason that we want to commend Wike’s call for collaboration and peaceful coexistence in the state,” he said.

He explained that it was APC’s leadership opinion that Rivers people should now become the centre of all politics and governance, noting that a key indicator of good governance was the return of peace and security in the state.

Uchendu commended Wike for drawing from the experience of his predecessor, Amaechi, who inherited a state plagued by insecurity and infrastructure deficit but within the first few years of his administration he addressed the challenges and set the state on the path of recovery.

According to him, the governor should take urgent steps to address insecurity in the state, adding: “As it stands, life in Rivers State has become brutish and worthless with daily kidnapping and killings. Only last week, four youths were beheaded at Ovogo in Emohua Local Government Area.

“We can offer some more areas of immediate intervention such as revitalisation of the C4i Security architecture of the previous administration.”

The APC members also sought rehabilitation of Rivers people roaming the streets in foreign countries due to cancellation or stoppage of their scholarship awards.

They also advocated for the re-activation of Greater Port Harcourt Project and completion of some of the projects embarked upon by the Amaechi administration, among other demands.