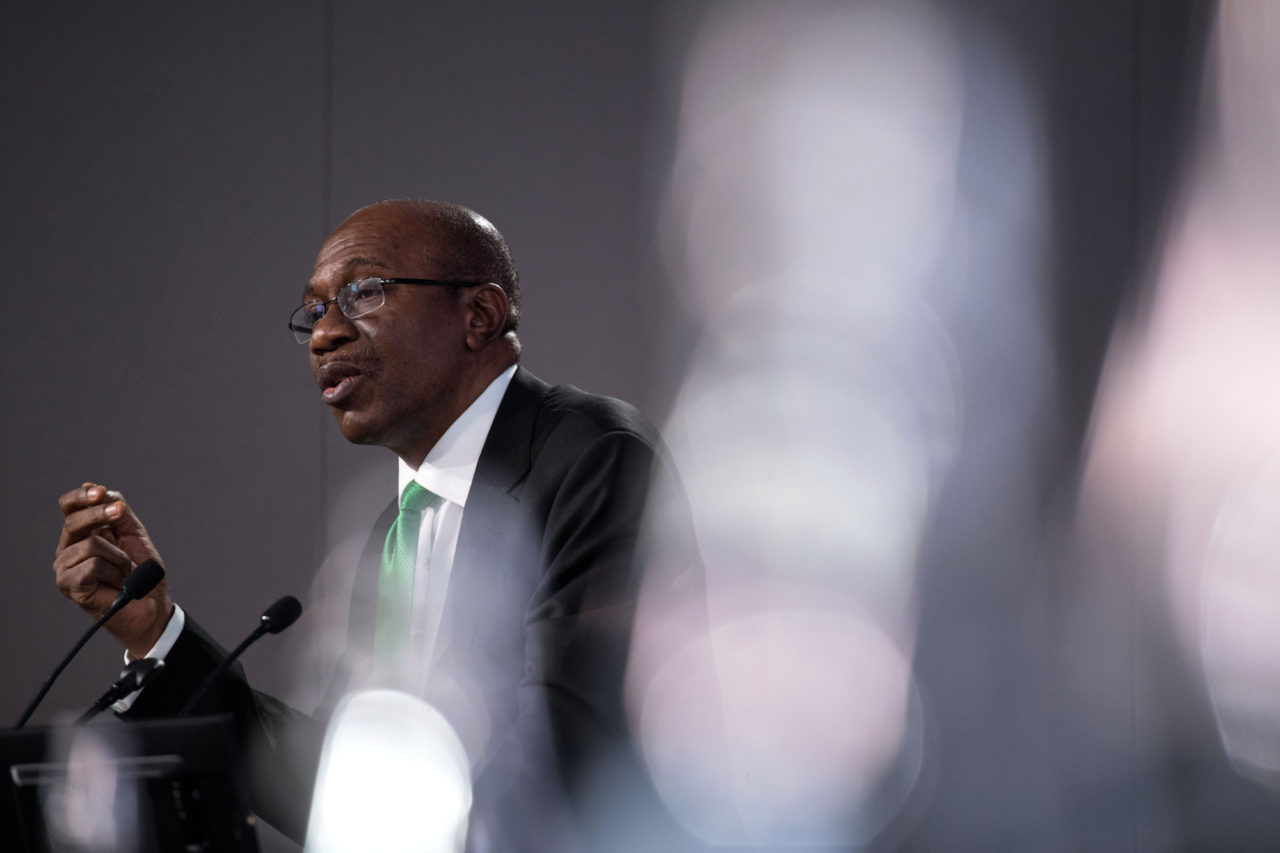 Forces against the reappointment of Central Bank of Nigeria (CBN) Governor Godwin Emefiele have stepped up pressure on the Senate to reject his confirmation.

The upper legislative chamber will, this week, officially commence the processing of President Muhammadu Buhari’s request to have the apex bank boss clinch another five-year term.

It was learnt yesterday that the nomination might be referred to the Senate Committee on Banking, Insurance and Other Financial Institutions.

Senate President Bukola Saraki had on Thursday read Buhari’s letter seeking approval for Emefiele’s reappointment. The president, in the letter, noted that Emefiele’s first term would expire June 2 and sought confirmation of his reappointment, pursuant to the provisions of Section 81(2) of the CBN Act 2007.

A few individuals and civil society organisations however have informed the chamber of their opposition to the reappointment.

Unofficial hints from the Senate Committee on Rules and Business in charge of scheduling issues for debate and consideration on the Senate floor hinted that the matter might be mentioned today.

When it is scheduled on the Order Paper for discussion, the Senate leader would move that the nomination be referred to the appropriate committee for a thorough screening.

It was learnt also that some lawmakers are angling for the screening to be done by the general Senate through the committee of the whole without passing it to any standing committee.

Already, a whistleblower, George Uboh, is reported to have challenged the plan by the Federal Government to extend Emefiele’s appointment.

According to the report, Uboh, a financial recovery agent, wants the court to revoke the letter of Emefiele’s reappointment, which was announced on Friday.

In the suit brought before the Federal High Court, Abuja division, Uboh said the Federal Government could not ask the Senate to confirm Emefiele’s reappointment when a matter challenging his stewardship at the Central Bank had not been decided.

Online reports have also emerged alleging that Emefiele, his Deputy Edward Lametek Adamu, Director for Finance Dayo M. Arowosegbe and an adviser to the CBN Governor, Emmanuel Ukeje, were caught on tape discussing how to cover up a N500 billion loss.

The release of the audiotapes appeared to have been timed to coincide with the Senate’s opening of deliberations on Emefiele’s confirmation.

The CBN has since denied that tapes of a discussion between Emefiele and his deputy Adamu and other officials had anything to do with plans to shortchange the bank over a failed investment in Dubai.

In a statement, Director of Corporate Communications Isaac Okoroafor insisted that no money was missing at the apex bank.

But maintaining that the CBN governor has a case to answer, former Deputy National Publicity Secretary of the All Progressives Congress (APC) Timi Frank yesterday urged the Economic and Financial Crimes Commission (EFCC) to swing into action in line with Buhari’s anti-graft campaign.

He said the Senate would do the nation a disservice if it confirms Emefiele’s reappointment, given the huge amount of money allegedly involved.

In a statement yesterday, Frank said Emefiele must come clean on this audio as well as other issues as they border on alleged corrupt practices on his watch. “I am happy with the dispatch with which the CBN responded to the leaked audio conversation. However, I did not expect anything less than the denial. It is trite that ‘one cannot be a judge in his own case’. Therefore, Let the relevant agencies of government as well as the National Assembly investigate these allegations with great in-depth.

“If the CBN is saying the beginning of the conversation was omitted, can they provide Nigerians with the full and authentic audio conversation in the interest of transparency and good governance?” he queried.

He said: “I implore the CBN governor to defend these allegations by himself as he remains a public servant and therefore answerable to the Nigerian people. Anything short of this will amount to a coverup. I hereby call on the Senate to stand for Nigeria as they have always done.

“The Senate must not play with the mandate of Nigerians by attempting to confirm Emefiele in the face of this damning allegation. Any attempt to do that will amount to the Senate being complicit in the matter.”

He urged the EFCC to investigate the allegation with the same zeal demonstrated in its current probe of Saraki. “I hope the president will not defend Emefiele as he did in the case of Governor Abdullahi Umar Ganduje of Kano State,” he also said.

In a statement by his spokesman, Fidelis Soriwei, the governor said: “It is a fact that the president’s action is worthy of commendation. It is indeed important that when the right thing is done, it is to be appreciated, irrespective of political divide. The zone is grateful to the president for this move.”

Buhari meanwhile met behind closed doors with the CBN governor at the Presidential Villa yesterday.

Emefiele was seen walking hurriedly towards the president’s office at noon. He left about 10 minutes later without speaking to reporters.