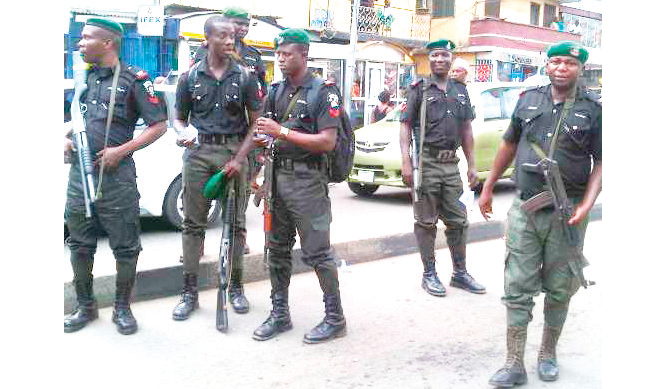 Operatives of the Edo State Police Command have intensified raids in parts of Benin, the Edo State capital and arrested 54 persons in connection to the wake of raging bloody secret cult war in the state. Among the suspects were five members gang nabbed in connection with the killing of a police sergeant, Monday Ehigie.

The dead police officer until his untimely death was an orderly attached to the Chairman of Ikpoba- Okha Local Government, Dr. Eric Osayande. Others were attested for allegedly carrying out killing of rival cult members in Siluko Road, Eweka Street, Ugbowo and Upper Sokponba roads in the capital town.

The state’s Commissioner of Police, Mr. Hakeem Odumosu, said five of the suspects were caught red-handed while carrying out initiation ceremony at Okomu, Ovia South West Local Government Area. Odumosu expressed concern about the wave of cult killings and warned that the police would soon begin manhunt for their sponsors.

He also said the slain policeman would be given a befitting burial. Odumosu however recanted on his earlier comments that Monday died while fighting for a rival cult group, adding that the late Monday gallantly killed two cultist members. Father of Monday, Chief Imafidon Osia Ehigie, had given the CP 72 hours to retract statement that his son was a cultist. He said investigation would reveal if Monday was actually a cultist or not. He said: “The killed policeman was not outrightly declared a cultist. I said investigation will prove if he was a cultist. I have called his father and told him all entitlements of Monday would be paid.