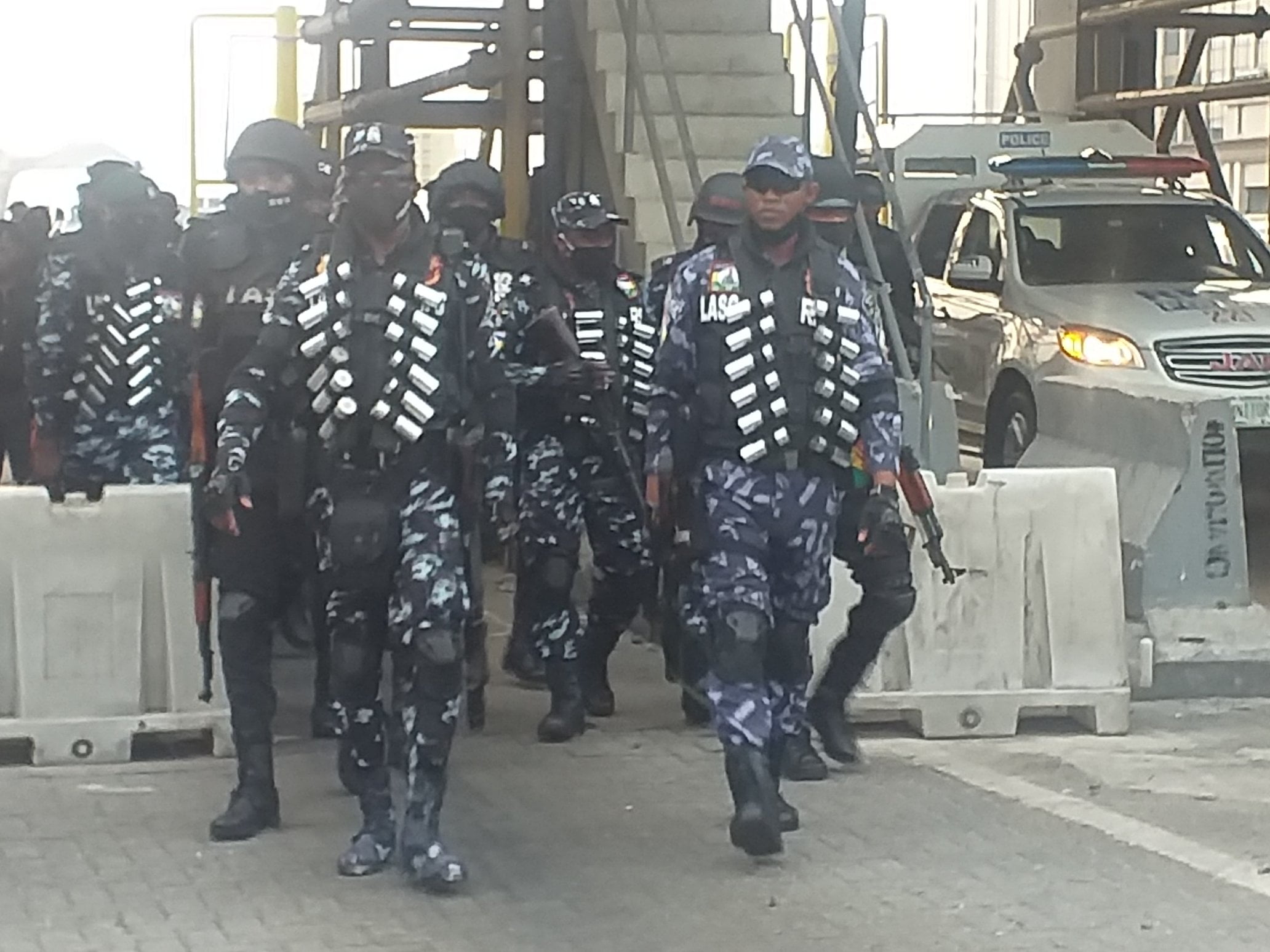 Police have reportedly arrested some End SARS protesters who stormed the Lekki Tollgate in Lagos State on Saturday morning.

DAILY POST recalls that the Federal Government had warned the protesters against embarking on a fresh protest in the country, stressing that the security agencies were ready to avert the planned protest.

DAILY POST also reported that the Police on Friday evening, dispatched teams of operatives along the Lekki corridor ahead of protest at the toll gate.

Recall that following the resolve of the Judicial Panel of Inquiry on the #EndSARS in the state to reopen the Tollgate, some aggrieved youths had vowed to shutdown the the facility via a fresh protest planned to commence today.

Abiodun Sanusi, one of the organisers of the protest, told Daily Trust that a total of 14 persons have been arrested