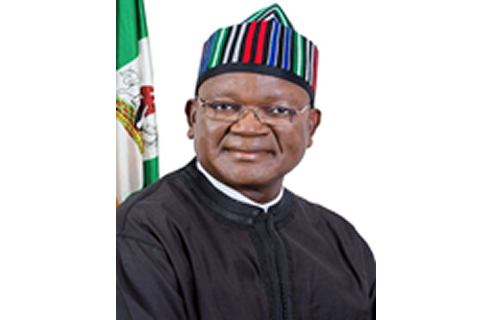 At least, 150 houses were set ablaze, and as high number of residents deserted their homes at the Abinsi community, a suburb of Makurdi metropolis after a clash between two youths of the Jukun and Tiv extractions in Benue State led to backlash. The crisis, Saturday Telegraph learnt started after a sharp disagreement between two youths who are now on the run. Governor Samuel Ortom, who was on his way to Tarka and Guma Local Government Areas in continuation of his re-election campaign yesterday had a brief stopover to identify with the people of the affected area during which he condemned the clashes. Addressing the inhabitants, Ortom stated that the clash was a disgrace to himself and his Taraba State counterpart, Governor Darius Ishaku. He said it was unfortunate that the crisis happened shortly he joined Ishaku in Taraba State to sign a peace pact, and warned that such crisis should never happen in the area or any part of the state.

Ortom, who noted that as a governor, he would not tolerate the killings of his people and burning down of their properties, expressed sadness over the crisis and urged the District Head of the place, Chief Christopher Bake, to wake up to his responsibilities by exposing the youth who are behind ethnic clashes in the area.

The governor warned that he would dethrone any district head who was caught supporting or shielding youths who were involved in such riots. He said: “You are the district head here and your duty is to ensure that this kind of thing doesn’t happen under your watch. “You must make sure that you expose all youth who are behind these crises. Any youth that is caught with unauthorised gun is a criminal and should be treated as one. “I will hold any district head who fails to expose these youths that are engaging in riots responsible. I will also dethrone any of you that is caught supporting youths who are behind these clashes. “This clash shows that youths in this place have no respect for our traditional institutions and also for the government.

It is a shame to the government. It is a shame to me and also to the governor of Taraba State. “And henceforth, nobody should claim ownership of any Benue land. We all can live together without crisis. As from today, you people should go and learn how to co-exist. We are all living in poverty and you are still destroying the little things which you have.” Ortom, however, promised to set up a committee that will look into the crisis on Monday. According to him, the committee must be set up so they can find out what is really the cause of all the ethnic clashes that are claiming lives and properties. Earlier, Bake told the governor that the crisis which resulted to the burning of houses started between two youths around 4.30 am yesterday. The district head said the inability of the two youths to resolve the crisis yesterday morning led to the burning of houses later in the evening.