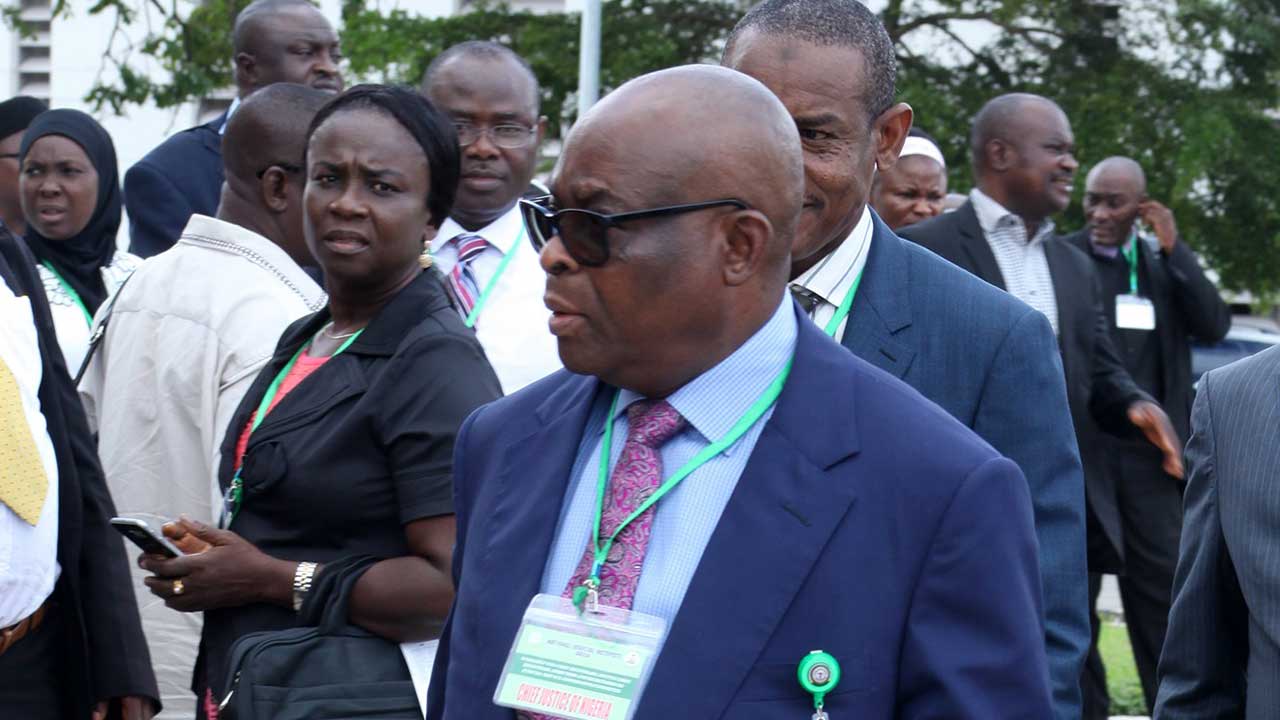 Suspended Nigeria’s chief justice Walter Onnoghen has arrived at the Code of Conduct Tribunal where is facing trial for non-declaration of assets when he became the country’s top judge in 2016.

The tribunal chairman Danladi Umar Wednesday ordered the inspector-general of police Mohammed Adamu to arrest Onnoghen after failing to appear before the tribunal since the commencement of his trial in January.

“The Inspector General of Police is hereby ordered to arrest and bring the defendant unfailingly on the next sitting of the court on Friday,” Umar said.