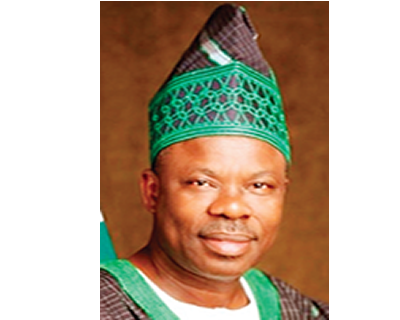 To say that the All Progressive Congress’s Presidential rally in Ogun State was a disaster would be over flogging the issue. It was a complete national embarrassment. The president of the Federal Republic of Nigeria was almost pelted with missiles at the Moshood Abiola Stadium, the venue of the event at Abeokuta.

As expected, immediately after the event, the national leadership of the All Progressive Congress blamed the whole show of shame on the amiable governor of Ogun State, Sen. Ibikunle Amosun.

The governor was accused of organising thugs to disrupt and embarrass the president when he rallied in the state.

But if my memory of the event would serve me right, I found this accusations ridiculous! How can the organiser of an event while planning for it, plan also how to embarrass his guests? As a well brought up Yoruba man, Amosun would never do that.

Aside from sharing the same political ideology and colour with President Mohammadu Buhari, Amosun has came a long way with the sitting president before now.

The relationship the pair shared is beyond politics. According to the governor in an interview, he claimed to have known the president before venturing into politics and described him as a family friend.

Whatever happened at the rally was a premediated attempt by those trying to drive a wedge between him and President Buhari. It was callous and unacceptable by all standards.

I followed the rally from beginning to the end and after reviewing other pundits’ comments on the event, I came into the conclusion that nobody was to be blamed for the national embarrassment but the former governor of Osun State, Rauf Aregbesola, the national chairman of All Progressive Congress, Adams Oshiomhole and the national leader of the party, Bola Ahmed Tinubu.

The event which was smoothly anchored with supporters to loyal to the APC’s gubernatorial candidate, Dapo Abiodun, and his Allied Peoples Movement’s counterpart, Abiodun Akinlade, on the rally ground with each bearing placrads of their principals in peace took a sharp turn when Aregbesola took the microphone to address the crowd.

Recall that there is no love lost between the two gubernatorial candidates, Amosun during his address ensured he made it clear that the gathering was meant to honour the Nigerian president and whatever grudges being nursed by the two parties should be buried for the sake of that.

There is a proverb that says you can’t beat a child and expect him not to cry. The peace gained by Amosun’s admonition was disrupted by one of the leaders of the APC, Aregbesola, when he claimed that anyone bearing the identities of any other party but APC were hypocrites and such were not recognised.

These statement and more he made were unnecessary and Aregbesola’s countenance that fateful day showed that of man on a mission to destroy and embarrass the Nigerian president and his VP, Prof. Yemi Osinbajo, both present at the event.

One would have expected for a leader of his stand to campaign for the president, but alas no. He insulted the crowd while Asiwaju Tinubu looked on and proudly took his seat. And ofcourse the crowd reacted, called him thief and threw missiles at him.

Amosun, despite not his turn to address the crowd, came back to calm them and pleaded with them to ignore the jabs for the sake of Buhari and Osinbajo present, stressing that all were in an attempt to embarrass him.

After which Adam Oshimhole came up and tow Aregbesola’s line; he insulted the already aggrieved crowd and insisted on focusing on the APC’s gubernatorial candidate regardless of whatever happened. To him, the crowd responded again and stoned him.

Throughout the event, Governor Ibikunle Amosun was seen appealing to the crowd to remain calm but the deed had been done. The evil plans of the Lagos warlord and APC national chairman had been achieved as the crowd became uncontrollable, tearing down each other’s placards, throwing missiles at the podium and exchanging fisticuffs.

Amosun and President Muhammadu Buhari were embarrassed while the actors strolled away unconcerned.

It was so clear that the target of the evil campaign was the president and Asiwaju, who already nursed hatred for the governor way back but made worse by his recent attempt of the former to foster his stooge, Olamilekan Adeola popularly called Yayi, as governor on the people of Ogun but was roundly rejected before Yayi ran back to Lagos, didn’t not mask his pleasure at what happened.

It may spell doom for the party if it doesn’t desist from trying to put the blame on Amosun and start putting its house in order as presidential election draws close.