Nigerians have reacted to the presence of Two governors from Niger Republic who were part of those who received President Muhammadu Buhari ahead of his campaign in Kano state.

The governors are Issa Moussa of Zinder and Zakiri Umar of Maradi.

Salihu Yakasai, media aide, of Umar Ganduje, governor of Kano, disclosed it in a tweet on Thursday. 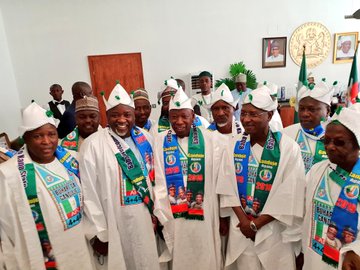 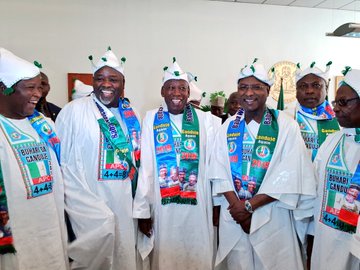 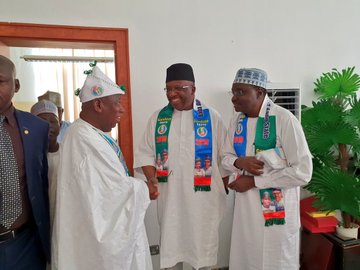 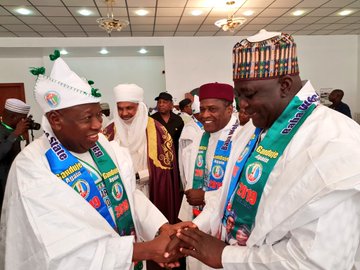 However, Twitter users commenting on the post said they do not want foreign interference as the country is preparing to go to the polls.

But we don’t want foreign countries interfering in our election??? Governors from another country in APC attire and attending APC event?? That’s a new one

24 people are talking about this

@inecnigeria take note of the influx of foreign voters please since we know have support groups from Niger.@PoliceNG @OfficialPDPNig pls do not hesitate to raise alarm.

23 people are talking about this

What have the governors of Zinder and Maradi got to do with electioneering in Kano and Nigeria?

Please someone should help me understand this scenario, I’m not well informed, are Niger Republic citizens from Zinder and Marabi allowed to vote in Nigeria? or are those states now part of Nigeria?

are we going to see them cast there vote come February 16? Or maybe they came to make some withdrawals from the Gandollar Babba Riga ATM machine located in Kano.

Governors from Niger republic??? in APC attire??? are they also card carrying members of your party?? I now know were the crowd will be coming from.