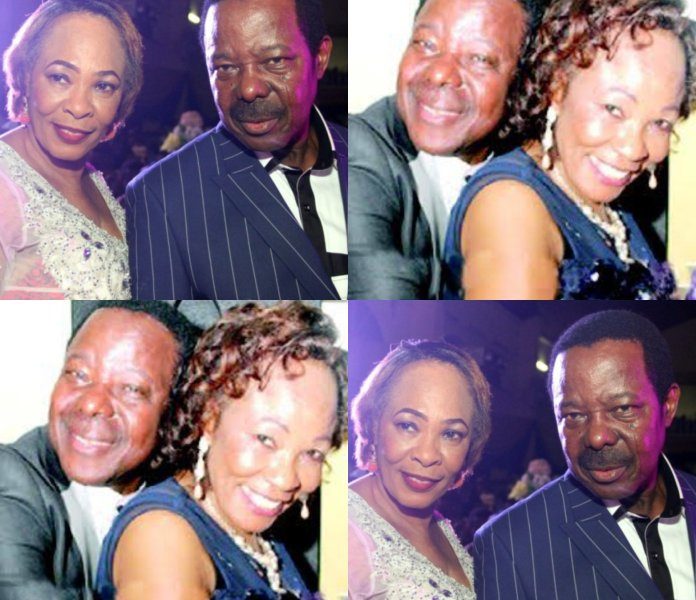 Hon Risikat Adegeye, wife of juju music maestro, King Sunny Ade has died throwing away plans by her to throw a lavish 75th birthday for her husband on Wednesday, September 22, 2021.

Hon Risikat Adegeye was 62 and died a day to the 75th birthday of her husband sources revealed.

Hon. Risikat Adegeye, was a former member of the Lagos State house of assembly and represented Amuwo-Odofin following which she was nominated to serve in the Lagos State Assembly Service Commission.

King Sunny Ade had Risikat Adegeye as wife for 43 years and the circumstances of her death were still to be made known on Tuesday but it was being claimed that she may have died of cancer.

That was the period when King Sunny Ade released a hit, ‘Oro To Nlo’, in response to the claim of a squabble between him and main rival at that time, Ebenezer Obey.

The late Risikat Adegeye showed her love for King Sunny Ade publicly and privately and when he clocked 70 in 2016 she had thrown a major birthday party for him with a promise to throw even a bigger party for him at 75 and 80.

Mrs. Risikat Adegeye was famous for her political exploits in her Amuwo Odofin, Lagos political base and in the All Progressives Congress, APC, a popularity that was not masked by the fact that she was wife of music maestro, King Sunny Ade.