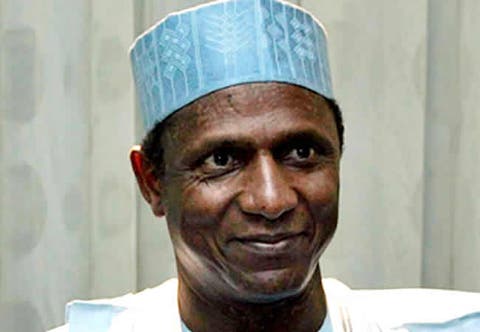 Musa Yar’Adua, son of the late President Umar Yar’Adua, on Tuesday, wrote a tribute to mark the tenth anniversary since the demise of his father.

The late President died in May 2010 after battling with an ailment.

Upon his passing, he was succeeded by his deputy, Goodluck Jonathan, according to the constitution of the Federal Republic of Nigeria.

Remembering his father in a two-part tweet on Tuesday, the junior Yar’Adua said a prayer for his late dad.

He tweeted, “A prayer for my late father. We miss you❤:

“Our Lord! Not for naught Hast Thou created (all) this! Glory to Thee! Give us salvation from the penalty of the Fire [3:191].

“Our Lord! Forgive us our sins, blot out from us our iniquities, and take to Thyself our souls in the company of the righteous [3:193].”