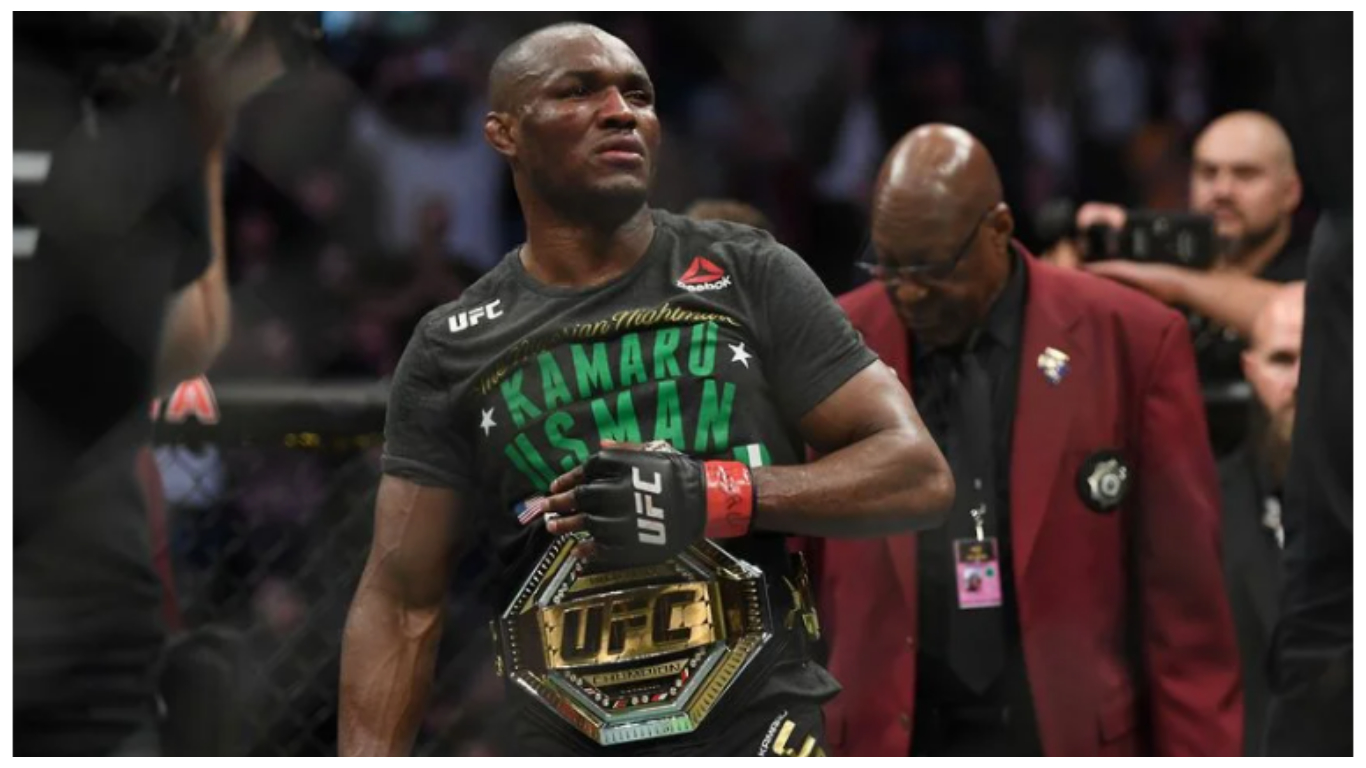 UFC welterweight champion Kamaru Usman dominated Jorge Masvidal last year over five rounds, but he wasn’t satisfied with that performance — he thought he could do better.

Usman put a stamp on his rivalry with Masvidal on Saturday night, dropping him with a crushing right hand and following up on the ground for a knockout victory at 1 minute, 2 seconds of the second round in the main event of UFC 261 in Jacksonville, Florida.

With the victory, Usman defended his 170-pound title. It was the first time the famously durable Masvidal had been finished by KO/TKO since 2008.

ESPN had Usman ranked No. 2 in the world on its best pound-for-pound MMA fighters list coming in. At welterweight, ESPN has Usman at No. 1 and Masvidal at No. 7. Now, Usman has to be considered not only one of the best in the world currently, and the questions will begin about where he stands on the all-time list.

“With my fundamentals, I am the pound-for-pound best fighter on the planet right now,” Usman said.

The bout took place at VyStar Veterans Memorial Arena, the first UFC event since the COVID-19 pandemic with a capacity crowd.

“You elevated me,” Usman said of Masvidal. “You made me get into the workshop. … I told everybody I’m still getting better. The sky is the limit for me as long as I’m doing this.”

Masvidal (35-15) is one of the biggest stars on the UFC roster. The Miami native was on a three-fight winning streak before falling to Usman last year.

In 2019, Masvidal knocked out Darren Till, Ben Askren and Nate Diaz in a span of eight months to become one of the hottest MMA athletes in the world. The latter was for the mythical BMF title at Madison Square Garden. Masvidal, 36, has been a pro fighter for almost 18 years, but has just recently become one of the most popular MMA athletes in the world.

“He’s got my number, man,” Masvidal said. “He beat me fair and square. God bless him, man.”