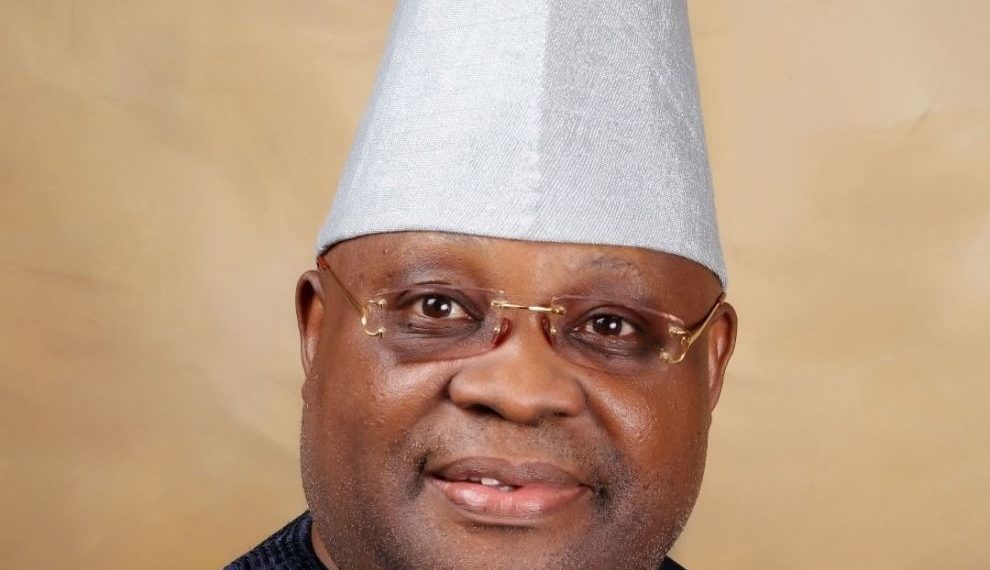 The hearing of appeal filed by Sen. Ademola Adekele, PDP Candidate for Osun State in the September 2018 governorship election was on Thursday stalled in Court of Appeal, Abuja on account of improper service.

Adeleke has approached the appellate court to challenge the decision of Justice Othman Musa of the FCT High Court in Bwari, Abuja made April 2, which invalidated his status as PDP governorship candidate.

News Agency of Nigeria (NAN) recalls that Wahab Raheem and Adam Habeeb, both of the Osun Chapter of All Progressive Congress (APC) instituted the suit, accusing Adeleke of not possessing the requisite educational qualification.

At the resumed hearing, Mr Bankole Komolafe, Counsel for Raheem and Habeeb, drew the attention of the court that four vital pages of the Notice of Appeal served on him were not included.

Komolafe also submitted that the development had prevented him to file his respondents’ brief.

Mr Nathaniel Oke (SAN), Counsel for Adeleke earlier told the court that he had met all condition for preparatory for the definite hearing of the appeal.

Oke informed that court that the four listed respondents were duly and promptly served with the Notice of Appeal on April 15.

He therefore, described the inability of the counsel to the first (Raheem) and second (Habeeb) respondents to file his client’s responses as a violation of the court’s practice direction which allowed them only five days to respond.

Komolafe subsequently countered Oke’s argument, saying that it was misleading for Oke to rest his submission on the court’s practice direction on a pre-election matter.

“If you have errors in your record, it is your responsibility to correct them.

“Why do you have to serve counsel with incomplete process and still go ahead to put the blame on them?

“This is not an election petition, so the practice direction where respondents are only given five days to respond to processes applied.

“In the circumstance, you must correct the record and give them time to respond. The matter is therefore adjourned until May 2 for hearing of the appeal’’, Adah held.

NAN reports that Adeleke is praying the appellate court to set aside the judgment of the trial court as according to him, the court relies on inadmissible evidence to arrive at the decision.

The trial court’s findings showed that Adeleke was admitted into Ede Muslim High School, Ede, Osun State in 1976, but without a record showing that he graduated.

The court also found that the results Adeleke attached to INEC’s form CF001 contradicted the one presented to the court by the Principal of Ede Muslim High School where he claimed to have graduated.

NAN reports that Adeleke has since been returned as duly elected governor of the state by the Osun State Election Tribunal, but that decision is being challenged by Adegboyega Oyetola, APC candidate in that election.