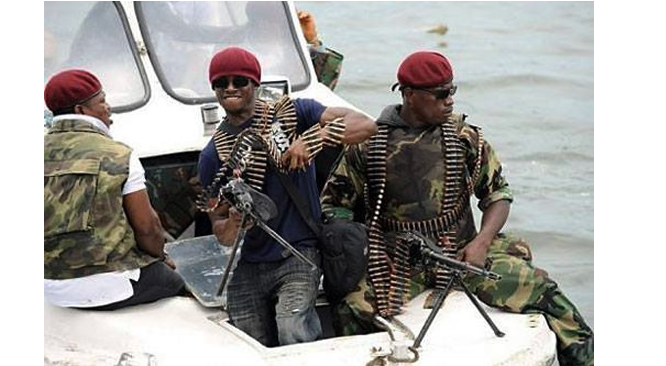 A militant group in Nigeria’s oil-rich southern Niger Delta threatened on Thursday to cripple Africa’s top oil producer if President Muhammadu Buhari is re-elected in a vote due to be held on Saturday.

The Niger Delta Avengers – who have been demanding a greater share of the oil revenue produced in the impoverished southern region – said in a statement they hoped to end Buhari’s rule through elections and that opposition candidate Atiku Abubakar was their preferred choice for president.

Buhari faces a tight contest against Abubakar, a business and ex-vice president, in Saturday’s elections in Nigeria, Africa’s biggest democracy

The Niger Delta Avengers were behind a 2016 wave of violence that helped push Nigeria into recession.

The group warned that if Buhari is re-elected there would be “a perpetual recession for Nigeria” and that if elected, Abubakar should start a “restructuring of Nigeria” within six months to forestall further attacks in the Niger Delta.

No substantial attacks have been carried out by any groups in the Delta region since January 2017.

Attacks on pipelines and other facilities in the Niger Delta in 2016 cut Nigeria’s crude output from a peak of 2.2 million barrels per day (mbpd) to near 1 mbpd – the lowest level seen in Africa’s biggest economy in at least 30 years, reports Reuters.

That, combined with low oil prices, pushed the OPEC member state into its first recession in a quarter of a century – crude sales make up two-thirds of government revenue and most of its foreign exchange.

Buhari’s government has held talks with the militants to address their grievances over poverty and oil pollution in the Delta for more than a year and this led the group to halt attacks.

Any resumption of attacks would renew pressure on Nigeria as it recovers from its worst recession in a generation. The country is also facing separatist movements in the southeast and Islamist militants in the northeast.