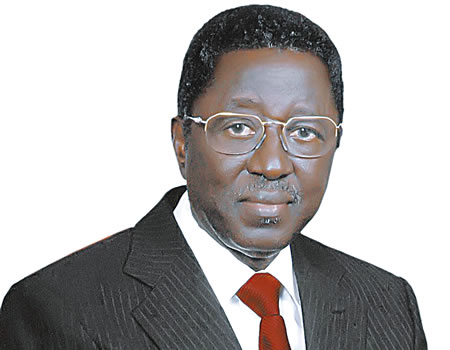 The ICPC investigator Taiwo Olorunyomi told the court that the Commission received a petition from Plateau state government over alleged abuse of office, embezzlement of public funds, misappropriation and several corrupt practices against the administration of the former Governor Jonah David Jang adding that the case was initially assigned to a team headed by Mrs Fatima Mohammed before it was reassigned to him.

He stated that in the course of his investigation he wrote to the Plateau state government and several other agencies in order to recover documents that would help to unravel the truth of the allegations mentioned in the petition.

“My Lord, after analyzing these documents, I did have a course to invite for interactive several persons that were found to have played one role or the other in course of our investigation. Among those invited includes, Jonah David Jang, the first defendant, Yusuf Pam, the second defendant, former Commissioner for Finance, Accountant General of the state and the permanent secretary with many others.

The investigator narrated that Central Bank of Nigeria, CBN, released about 2 billion naira to Plateau state government adding that the released was based on MoU signed between the state government to be released to certain financial institutions for onward lending to microenterprises, small and medium enterprise from Plateau state as a reduce borrowing cost so that the enterprise can use it to support and expand their business.

According to him,  the financial institutions will see to the administration disbursement also to recover the 2 billion naira back from the beneficiaries as loan.

“In other to know how the 2 billion was disbursed to beneficiaries we sent invitation across to volunteers and after careful analysis the support documents shows that the N2 billion was withdrawn in tranches from Plateau project account as classified expenditure and was cashed by the second defendant to the first defendant (Jang).We try to know what he meant by classified expenditure from the Plateau state government, finance permanent secretary other but the documents reflect that the first defendant has the money.

Said he: “he first N2.079 billion, N700 million and N400 million all was withdrawn in tranches from Plateau state Universal BASIC education to be use classified expenditure as borrowed funds were the money should have been used for renovations Furnishings, and buildings of public schools”

The statement was made in ICPC headquarters by the first defendant as he identified the statement by the code and official stamp of ICPC.