An increasing rate of poverty amongst the locals of Mabai village in Katsina State has become alarming as unidentified children were seen feeding on raw grass in one of the farms in the village. 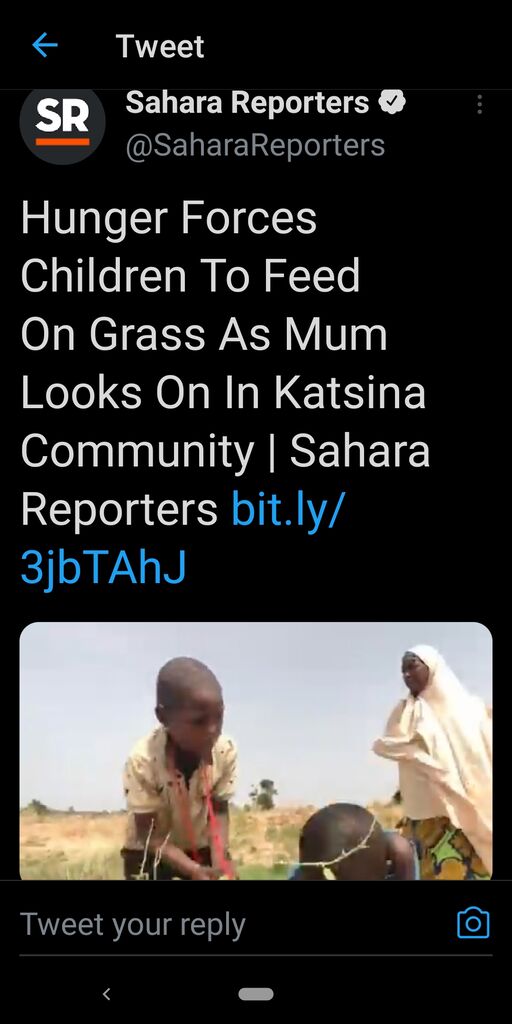 The incident occurred in Mabai village in the Kankara Local Government Area of Katsina State.

The children could be seen in a video feeding on raw grass as a result of hunger.

The children are one of the many displaced individuals seeking refuge in Mabai village due to the recent increase in banditry in the state.

A source noted that the business of the parents of the children was affected by the activities of bandits hence the children resulted in eating grass to suppress their hunger.

A source told SaharaReporters that residents, including community leaders in about 16 communities had started relocating to Mabai village for protection from bandits.

He said Mabai village is considered to have a very strong and heavily armed vigilante group that prevents bandits from penetrating it.

He added that bandits have continued to terrorise the people as many people are being kidnapped, raped, and killed daily in the state.

He explained that daily attacks from bandits across the state have caused people to flee their homeland and seek refuge at Mabai village.