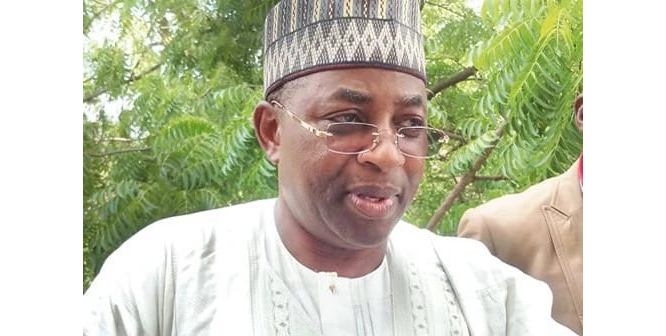 A group, Initiative for Vulnerable Women and Children (SIVWOC), has warned President Muhammadu Buhari of imminent loss of National Assembly seats for the All Progressives Congress (APC) due the reckless imposition of candidates that saw to the emergence of certificate forgers as candidates in Saturday’s election in Bauchi state.

In a press statement signed by Safiya Abdullahi Bauchi, the group recalled that primary elections conducted by the APC were fraught with irregularities, disrespect for the rule of law, subvertion of the will of the people, excesses of party leaders and generally adjudged to be a sham.

This, the statement continued, has led to a great risk of the party’s exclusion from the 2019 general elections in Zamfara and Rivers States and in Bauchi State, where no fewer than four APC candidates for National Assembly were caught in a web of certificate scandals, ranging from forging University degrees to forging their dates of birth, thereby lying on oath.

In a detailed report, SIVWOC said a comprehensive investigation carried out revealed the following:

More so, he also stated that he obtained his WAEC in 1999 according to his National Assembly profile, while both his INEC forms CF001 for 2015 and 2019 show that he listed 2000 as his year of graduation.

Perhaps more shocking in the case of Haliru Dauda Jika, is the issue of different dates of birth. Information obtained from his 2015 INEC form CF001 shows that in his CV, he claimed that he was born on 18th September, 1976, while in his Certificate of Primary Education; he claimed he was born on 10th July, 1979. Again in his Statutory Declaration of Age declared on his behalf by his father, it stated that he was born on the 17th Day of April, 1976.

Another shocking finding is the case of his WAEC statement of result of 2000 submitted in his INEC form CF001, which shows that he only got one credit in Hausa, while he had six passes in six subjects, F9 in Technical Drawing and a pending result in one subject, Wood Work. But the curious issue here is that he stated that he had National Diploma (ND) in Civil Engineering from Kaduna Polytechnic, which raises the nagging question, could he have gotten admission to study Civil Engineering in Kaduna Polytechnic or could he have been admitted by Kaduna Polytechnic to study Civil Engineering with just one credit in Hausa Language and six passes in six subjects, with F9 in Technical Drawing and a pending result in Wood Work? The answer is unquestionably, no.

Mohammed Garba Gololo is a name that is very familiar to Nigerians, especially if we recall his alleged sex scandal while on official assignment representing Nigeria in far away United States. This same man lied on oath that he graduated from Lagos State University, LASU with two degrees – Bsc Business Administration and MBA Business Management in 2002 and 2005 respectively. A thorough scrutiny of the two certificates casts a doubt as to their authenticity.

As patriotic Nigerians who admire Mr. President’s zeal and commitment to the fight against corruption, we took it upon ourselves to undertake an investigation. Our investigation has yielded result. The Lagos State University has in a letter with reference number LASU/REG/STUM/147, dated 1st November, 2018, responded to our request for verification and authentication of the two degrees presented by Mr. Gololo in his Form CF001 in which they denied issuing the certificates and also said they have no records of Hon Gololo attending any of the two courses in the university. We attach the letter here for your perusal.

Mr. President sir, with these established case of forgery against Hon Gololo, we strongly believe that the APC is going to lose Gamawa Federal Constituency to the opposition in a court of law, in the event that the party wins the election.

Mr. Abubakar Dalhatu Abdullahi, who seems to be a novice was imposed on the good people of Bogoro/Dass/Tafawa Balewa Federal Constituency. He leaves in far away Lagos, only coming home once in a while.

This man stated on oath that he graduated from Kantana-Dull Primary School in 1980. However, our investigation revealed that the Kantana-Dull Primary School itself was established in 1978, with 45 pupils and, Mallam Adamu Jumba Mbat as its pioneer headmaster. In the 1970s, primary education took seven years to complete. Now for a school established in 1978, we wonder how a pupil graduated from the school just two years after it’s establishment. His Primary School Certificate is primitively forged. Therefore since he does not have a genuine Primary School Certificate any further academic qualifications he claims to have cannot be true.

It’s therefore an evidence of great compromise by the APC agents who screened him if ever such an exercise was done. Any serious party Agent could have easily noticed that this man is a fraud and screened him out but that didn’t happen. So clearly Mr Abdullahi is a big fraud and ought not to be in the APC that you promote let alone allowing him to ran for office. Just like others, any vote for him is a wasted vote except he proceeds to corrupt the courts. He is a sure candidate for jail.

A look at Ibrahim Mohammed Baba’s National Assembly profile and his INEC Form CF001 both for 2015 elections and the current 2019, shows different things entirely.

For instance, in his National Assembly profile, he claimed that he obtained the following qualification with dates:

The question that is begging for answer is, could he have issues with all his tertiary results, which qualified him to be the Deputy Chairman of the House Committee on Public Accounts, that he refused to list them in his 2018 INEC form CF001? Mr Ibrahim like others is a big fraud and voting for him ll amount to wasting votes. He too is a sure candidate for jail on grounds of perjury(laying under oath).”

The group maintained that due to the above findings, it is apparent that even if the above candidates win in the forthcoming election, there is a high chance that they will lose the seats through court cases if challenged by the opposition.

The group stated, “These faces of fraud cannot be entrusted to represent the people. Mr. President, Sir, there is certainly a looming tsunami which will sweep away APC victory in Bauchi State. All because there was no primaries in Bauchi. The governor simply imposed his stooges on the people and the APC should prepare to pay dearly for his acts of indiscretion. We are still investigating other candidates. It appears the case is shockingly endless.”

SIVWOC said they are concerned with the entire electoral process being transparent and free of imposition, especially in Bauchi State, because women and children are always the worse victims of bad leadership.