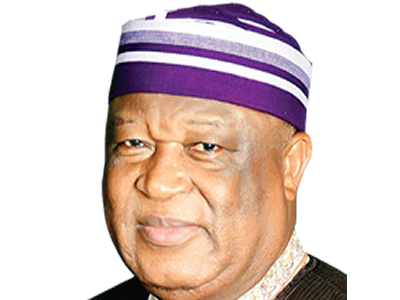 It is an intriguing political battle for the Benue North East senatorial district seat in the February 16 presidential and National Assembly elections as the incumbent senator, Barnabas Gemade, battles the immediate past governor of the state, Gabriel Suswam. While Gemade, a twoterm senator, has expressed optimism that he would beat Suswam by a landslide to retain his seat, the former governor, who served for two terms in the House of Representatives before he was elected governor in 2007, pointedly told Gemade that he will send him packing from the National Assembly.

Gemade, a former National Chairman of the Peoples Democratic Party (PDP), who last year defected to the governing All Progressives Congress (APC) to join forces with Governor Samuel Ortom to battle Suswam in the PDP, later dumped the APC for the Social Democratic Party (SDP) on which platform he would be contesting the poll. In an interview with New Telegraph, Gemade said his track record of achievements and scorecard in the Senate places him on a vantage position to clinch the seat in the coming election. On the edge he has over Suswam, Gemade said: “I am contesting and my scorecard is so large and convincing enough for my people to want me back at the Senate. For example, in my first tenure, I delivered over 140 projects in my constituency apart from over 2,000 items I distributed and lots more.

“In this my second tenure, I have already done over 160 projects in my constituency, these include schools, clinics, skills acquisition centres, water projects, motorized solar powered boreholes, electricity projects, solar light projects, roads and whatever benefits there is that I had to bring to my people, I have given them. “You know that the Federal Government has no presence in my constituency apart from the Federal Government College, Vandeikya, where I have also done much. In fact, the main concern is to dedicate my energy to ensuring that my people enjoy the benefits that should accrue to them and that is my major concern as their representative in the Senate and they appreciate what I am doing for them.”

Gemade, who noted that incumbents are the people regarded as owners of positions, while those who seek the positions come behind them, said he doesn’t have a Senate seat to give to anybody. He added that his seat belongs to the people, who can take it back or ask him to hand it over to someone else. “Whoever wants this Senate seat is only canvassing for it and should, therefore, do all that is required to canvass for it for the people to support him or her if they want to.

I don’t have a Senate seat to give to anybody, the one I have belongs to the people, when they want it back, they will ask me to hand it over to someone else,” Gemade said. The Chairman of the Senate Committee on Works dismissed insinuations that the senatorial seat has been zoned to the Kwande axis of Benue North East. But Suswam, in a swift reaction, told our correspondent that with the experience he garnered while in the House of Representatives between 1999 and 2007 and as governor for two terms, he has the required capacity to give the people of Benue North East effective and purposeful representation.

He added that the task of legislation needed someone with the requisite experience, competency and vigour to lobby and bring development to the people. His words: “You know that as a two-time member of the House of Representatives, where I served meritoriously from 1999 to 2007, and as governor of Benue State for two successful terms, I have the required capacity and pedigree to give the people of Benue North East effective and purposeful representation, that I can assure you

Those who are there in the Senate and have not impacted positively on the lives of the people, it’s time they should be sent packing.” Suswam advised the people of Benue North East to use their votes during the election to change the situation for the better by voting for him for the Senate and all PDP candidates beginning with the presidential candidate, Alhaji Atiku Abubakar, Governor Ortom as well as state and National Assembly candidates. According to him, it is only by voting all PDP candidates that the people of the senatorial district would be guaranteed of dividends of democracy even as he assured people of the area that he will not disappoint them if elected.