Funds Received From NSA Are Not Illicit, Obanikoro Tells Court 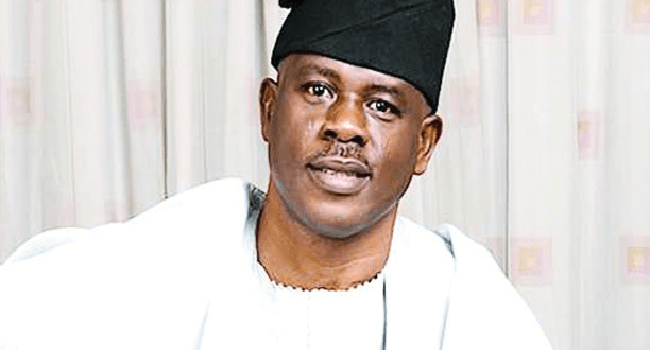 A former Minister of State for Defence, Senator Musiliu Obanikoro, has told a Federal High Court in Lagos that the sum of N4.7bn which he received from the office of the former National Security Adviser, Colonel Sambo Dasuki, cannot be described as illicit funds.

Senator Obanikoro also said that he was bothered that clandestine operations of the National Security Adviser (NSA) were described as illicit.

He made the statements on Tuesday while continuing his testimony as the fifth prosecution witness in the case against the former Ekiti State Governor, Mr Ayodele Fayose.

Under cross-examination, the former minister who was testifying as a witness of the Federal Government shed more light on the funds he received from the then NSA.

He informed the court that the Economic and Financial Crimes Commission (EFCC) investigated him for being privy to illicit transfer of funds.

Obanikoro, however, described the functions of NSA to include the coordination of all security agencies in the country.

He explained that some of their operations were clandestine and not usually documented as happened in the instant case.

On the allegations against him, the former minister said he has yet to be exonerated, noting that he still reports to the EFCC from time to time despite being granted an administrative bail.

Senator Obanikoro who was once served as a Commissioner in Lagos State also told the court that while discharging some of the functions of his office, he had cause to interface with various security agencies, one of which was Silva Mcnamara, said to be owned by a security operative, Kareem Taiwo.

He said that the outfit performed creditably well and this was why he recommended it to then NSA.

The former minister added that after the company agreed to work with the NSA for security purposes, he was saddled with supervising the government funds in the accounts of the company.

It was this account that housed the sum of N4.7 billion, out of which Obanikoro said the office of the NSA instructed him to handover N1.2 billion to Mr Fayose for the purpose of funding his governorship campaign back in 2014.

The former governor is on trial for allegedly receiving and keeping the N1.2billion and another $5million.

The EFCC said the monies were proceeds of unlawful activities and constituted an offence contrary to the Money Laundering Act.

Mr Fayose, had, however, pleaded not guilty.

The trial is expected to continue on Wednesday.