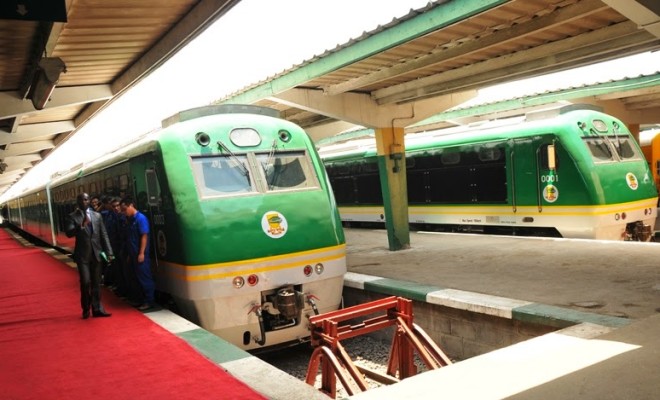 Our correspondent reports that the  training is part of the arrangements for full takeover of the management of the ARMT, otherwise known as Abuja Lightrail, when the China Civil Engineering Construction Corporation (CCECC) currently jointly managing it exits the system, in the next two and half years.

Speaking at the opening of the training in Idu, on Monday, Assistant Director, Engr. Mustapha Mallumbi, FCT Transportation Secretariat said the essence of the training is for members of the FCT Rail operations staff to boost their knowledge base of the system.

Mallumbi added that the training organised by CCECC will improve the safety of the rail system and patronage.

While recalling that actual operations of the rail commenced since last year July 13, 2018, said currently, it’s a joint team operations and management by the CCECC and FCT Administration.

He disclosed that according to the plan, in the next two and half years to come, ARMT system, designed to cover the entire FCT and environs, which is over two hundred and thirty plus kilo meters, spread into six lots, will fully be in the hands of the locals.

“So far, what we have done is only lot 1A, Lot 3 that’s about 45km, which covers the city centre through Idu to Airport; and from Idu to Kubwa,” he stressed.

Also speaking, Deputy General Manager, Rail Operations Department, CCECC Nigeria Ltd, Tom Tang, said the training is core part of the arrangements for the technical transfer of ARMT operations and management to the local staff, to let them master all the necessary skills and knowledge to completely manage it.

He said after the training which will last for three months, more trainings will follow adding that: “We have a lot of equipment in the system which the local staff needed to know how to operate and manage effectively.”

The Assistant Director, Electrical, Transportation Secretariat, Engr Chika Ifesi, who is part of the FCTA Rail operations team, described the training as apt and a welcome development, because it enables FCTA, Nigeria Railway Corporation (NRC) and CCECC to work together as a team.

She said: “We have to be trained together, so that we have the same approach to the system, processes, challenges and solutions.

“We felt that there is a need for all team members to sit together and learn intensively for months, so that in the coming years, our people will able to take over the management of the entire system, when the Chinese exit, to probably build more lots.”