Its over the news today of how a man tried to hijack an aircraft in Lagos. According to an eyewitness account, the man suddenly appeared from nowhere and tried to force himself into the plane, he then climbed the plane and dropped his bag in the engine which makes the passenger to be in panic mode. The FAAN operatives were able to arrest the man also making sure that the plane was thoroughly checked as they investigate the man.

AzMan Airline, the owner of the plane which was disrupted has released a statement stating the real cause and also assuring passengers of their safety always. 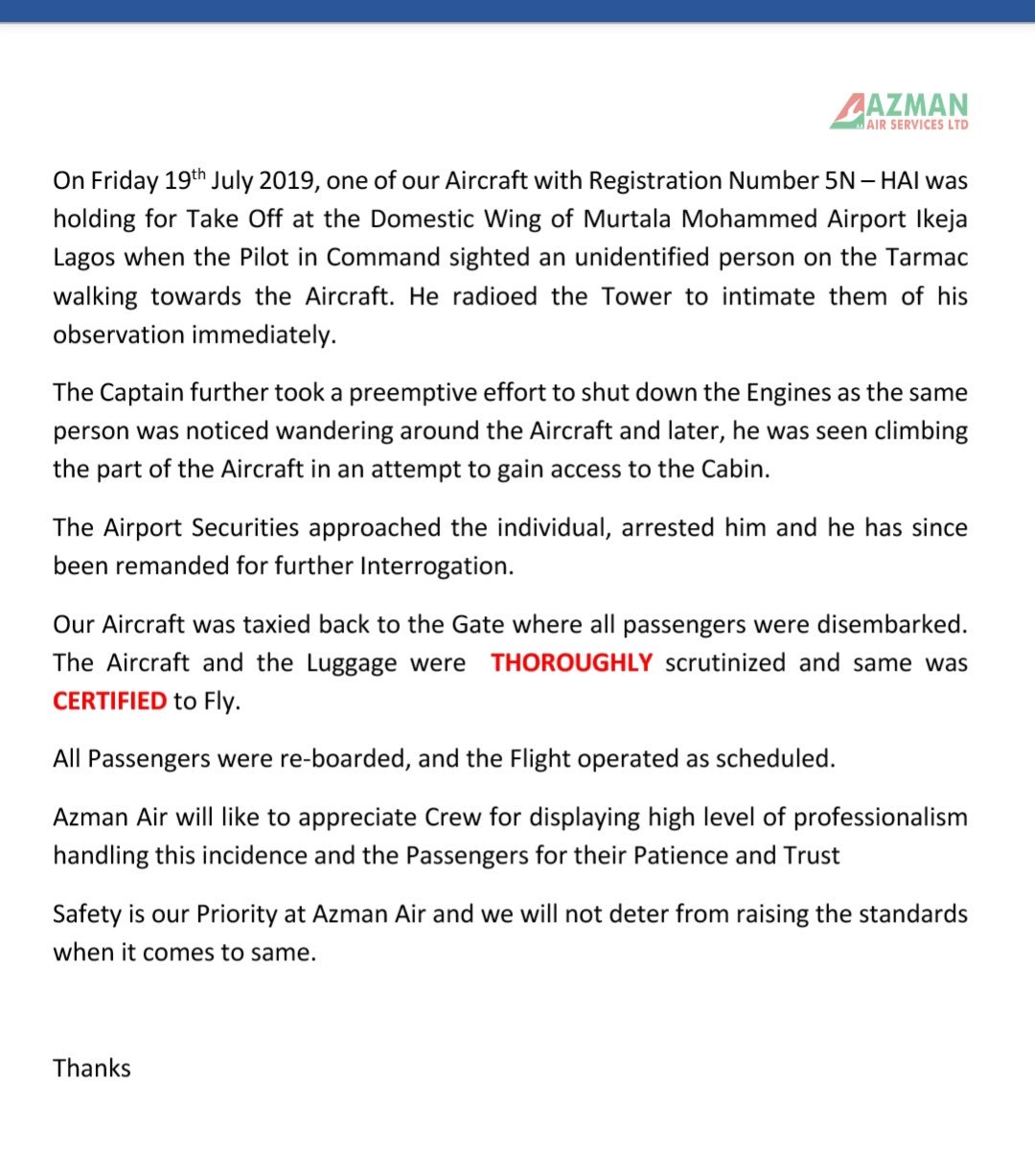 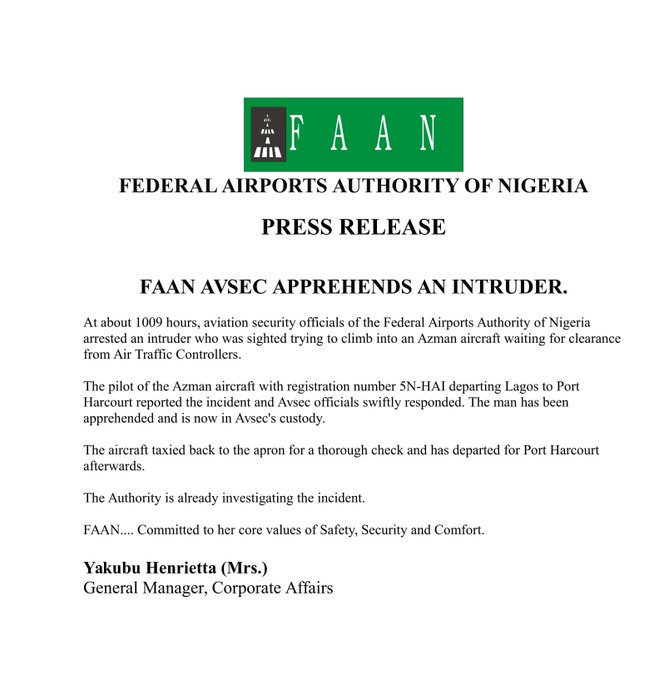 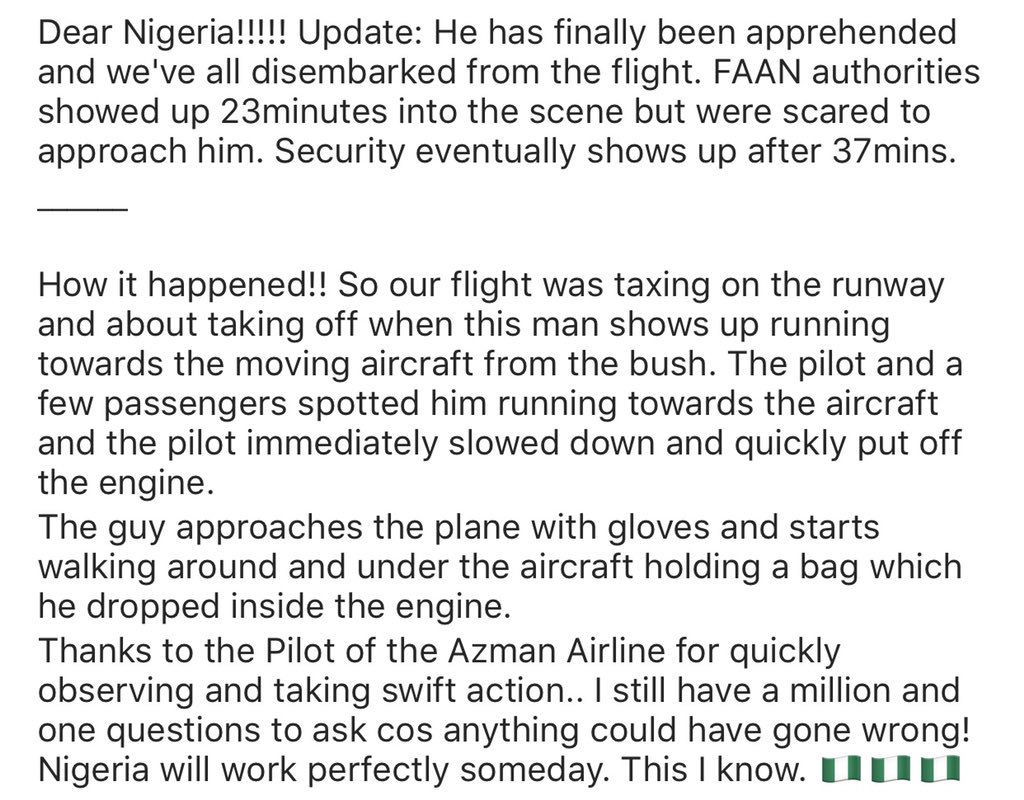 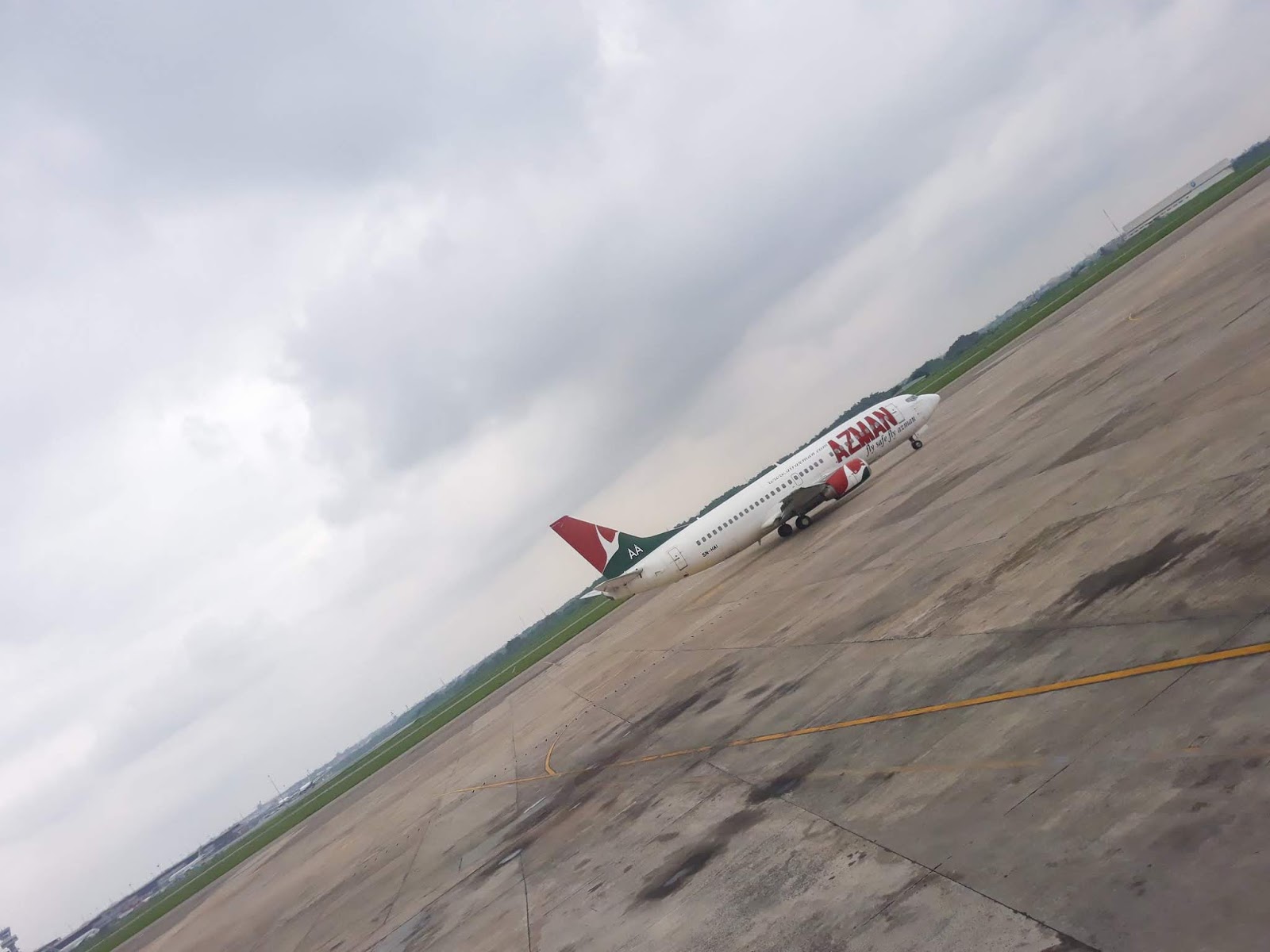