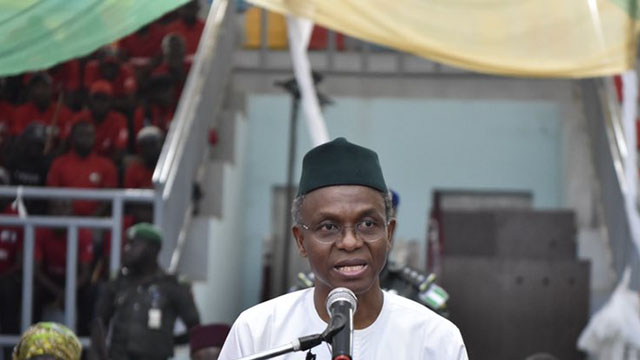 The Kaduna State Governor, Nasir El-Rufai, Monday said he feels no remorse nor need for apology for his comment on defeating the Lagos State godfathers.“I have no apology. I don’t apologise for my views. I don’t need to explain anything to anyone. This is a democracy,” El-Rufai said after meeting President Muhammadu Buhari at the State House, Abuja.

“If anyone feels offended by that; that’s his business, not my business,” he added.

El-Rufai was met with a tidal wave of criticism from party members and critics after his comment at a forum on Friday about steps to curbing godfatherism in politics.

The governor boasted that he defeated and retired four political godfathers in Kaduna State, saying the feat could be replicated anywhere, including Lagos State.

El-Rufai added that the fact that only one million out of the six million registered voters in Lagos voted in the last general elections was an opportunity to end godfathership in the state.

“Connecting with the people; the tin godfather, you will retire him or her permanently. But it is hard work; it requires three to four years of hard work. So, if you want to run in 2023, you should start now.” he said.

Tinubu is regarded as the godfather of Lagos politics.

Despite critics saying El-Rufai’s comment was directed at Tinubu, the governor said he has no scores to settle with Tinubu.

“We are in the same party. We get along very well as far as I am concerned,” El-Rufai said.