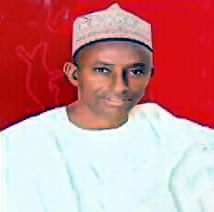 The member of the Bauchi State House of Assembly representing Lere/Bula Constituency under the ruling All Progressive Congress (APC), Muhammad Aminu Tukur has dumped the party for the main opposition Peoples Democratic Party (PDP) which is set to be inaugurated as the next administration in the state.

While fielding questions from newsmen in his house on Friday, Aminu Tukur declared that,  I have decided to opt out of everything that has to do with President Muhammadu Buhari and the APC  so long as he (the President)  is in the APC, I cease to be with him  because he has failed me in all ramifications.”

The lawmaker who is an ardent ally of Speaker of the House of Representatives, Yakubu Dogara, said that after a very long deliberation and consultations he has finally dumped the ruling All Progressives Congress (APC)  for good based on what he said is a personal conviction and resolve to move on and remain politically relevant in the scheme of things.

Lere/Bula Constituency is in Tafawa Balewa Local Government Area which is one of the three LGAs the Speaker, Yakubu  Dogara, is representing in the House of Representatives and was reelected in the last election to continue to represent.

Aminu Tukur, who has been an ardent critic of the outgoing Governor of Bauchi state, Mohammed Abdullahi Abubakar  since 2015 when the APC won the general elections  as they have never been on the same page, has now joined the Peoples Democratic Party after the move was long awaited by political onlookers having contested the primary election for the Bauchi South Senatorial by-election under the APC but when it was obvious he would not get the ticket of the party because of the feud between him and the Governor, he dumped the party for the Action Alliance (AA) but after losing the Senatorial By-election, he dumped the AA back to the APC.

However, the Lawmaker had at different interviews with newsmen, insisted he was still in the APC even though he was an ally of the  Speaker, Yakubu Dogara who has since decamped to the PDP from the APC before the last general elections and won reelection to the National Assembly.

But less than two weeks to the handing over power to Senator. Bala Muhammad Abdulkadir, the Bauchi State Governor-elect of the PDP, Aminu  Tukur, who spoke in an interview with newsmen on Friday in Bauchi, said that his allegiance with the ruling APC is now over and is with the opposition PDP.

When asked if he was still a member of the APC he said: “That is a billion Naira question. For those in Bauchi state who belong to the Buharists, I am one of them and I belong to that club. But I have ceased to be a member for the fact that I have been failed woefully by the person of Mr President”.

Asked if it will be right to say he has dumped the APC, he said: “Certainly, you can say it loud and clear, I have left the APC for the PDP .”

Also asked if he is joining the Peoples Democratic Party which has won the governorship election in the state and will be taking over from the APC as the new ruling party, Tukur said he worked for the PDP and is entitled to benefit from the success of the party saying: “I have worked for the PDP from the President down to the very Members of the House of Assembly in Bauchi state, so where is my allegiance?”

When asked if he has now joined the PDP, he reiterated that: “That was why I worked for Abubakar Atiku down to the Member representing my Constituency.”