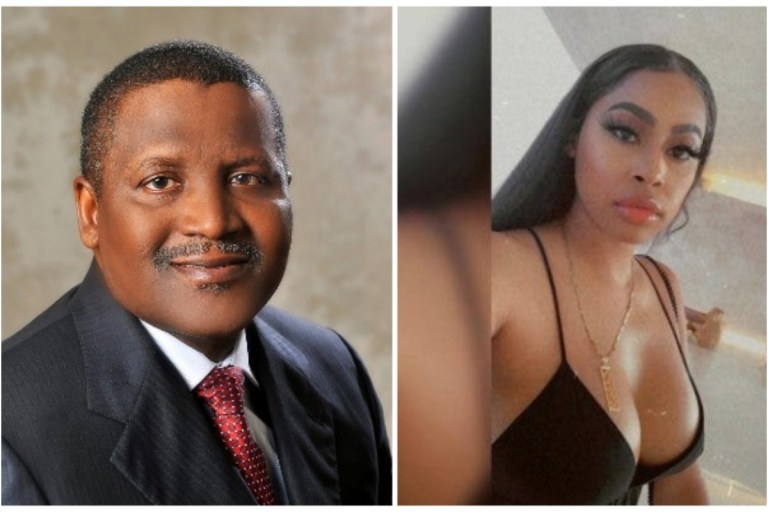 Popular Billionaire businessman, Alhaji Aliko Dangote has dropped the charges he levelled against his American mistress Autumn Spikes in an American court.

Ms. Spikes earlier took to her social media page to post series of court documents on Instagram showing that the billionaire who brought the complaint has withdrawn from the case via an updated notice of dismissal without any notice.

According to the mistress Ms. Spikes, the case was dropped to prevent having to pay legal fees. “He had till Sept 30 to submit a second amended complaint with more evidence of extortion and since this never transpired in the first place, he waited to the night before to file a “voluntary dismissal without prejudice,” Ms. Spikes said on Instagram, ” basically to avoid paying my bills.

Recall that the mistress of Dangote, Ms. Spikes took to her social media page to share series of photos of Dangote in bed with her and other sensitive photos. The billionaire filed a case against his mistress in January claiming damages for his reputation after his images were shared on the internet.

Dangote filed the charges in Miami, Florida in a civil complaint under the name ‘John Doe’, seeking $30,000 for damages. The name also had the nickname ‘DA’ which is the initials for Aliko Dangote.