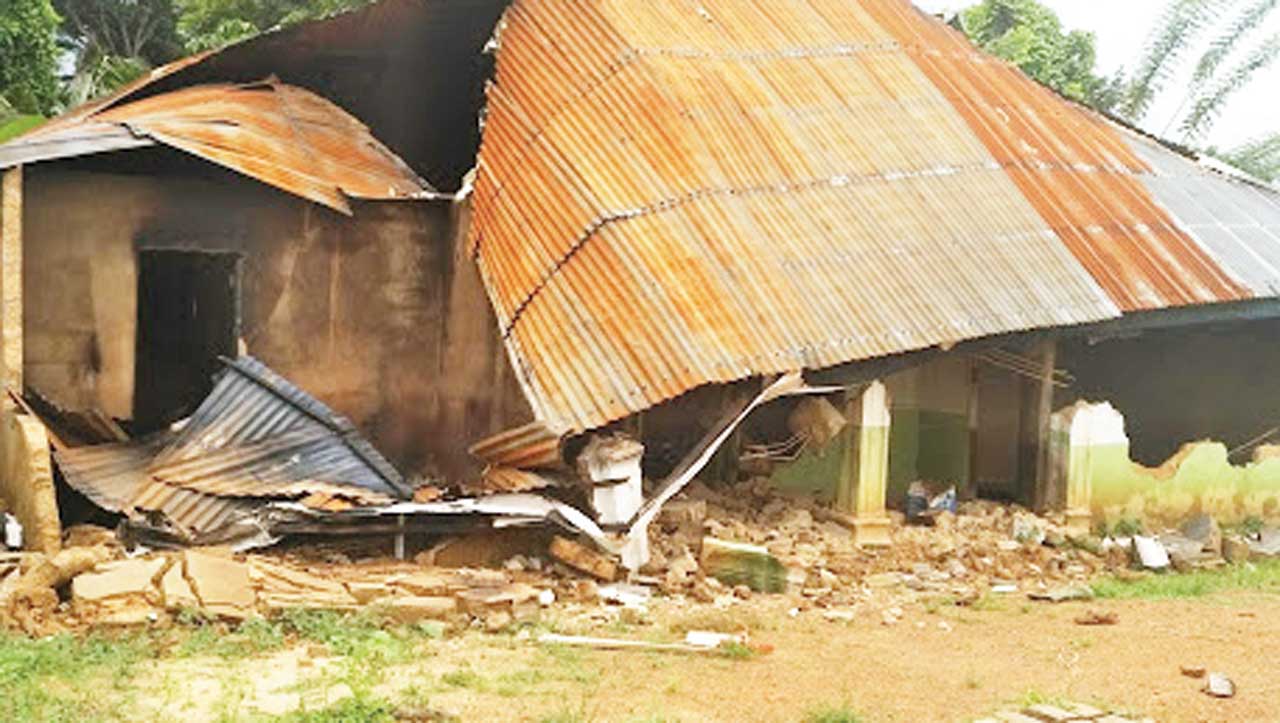 Mayhem has been unleashed on Odukpani Local Government Area of Cross River State following bloody communal clashes that have left over 50 people dead, with 10 communities leveled to the ground and more than 3,000 people displaced and rendered homeless.

When the Administrative Panel of Enquiry visited the affected villages on Tuesday, not a single soul was left in the communities. Except for Udim Ndom where a young unclad boy was sighted wondering about, there was no human being or animal in all the devastated villages, revealing the extent of damage wrecked by the clashes. Many of the houses were burnt or pulled down with some valuables like doors, roof zincs and windows carted away while the economic trees were cut down.

Chairman of the seven-man committee, Chief Victor Effiom Ekpo, who led a delegation on a fact-finding mission, condemned the wanton destruction of lives and property. He said: “The destruction is bizarre. The Primary Health Centre and schools have been burnt down, leaving over 1000 pupils out of school. Even the transformer was not spared.

“It is sad that brothers can go this far destroying lives and property. It is very sad and that is why the governor set up this committee for us to come and see things for ourselves and also sound a serious warning that today should be the end of fighting in Mbiabo Ebom Itiat ward and Eki council ward, else anyone caught will blame himself.”

Commenting on the crisis, the clan head of Obom Itiat Edere, Etubom Effiong Asuquo Nyong said: “The conflict that engulfed my area is as a result of people claiming that I and my community must not exist. That we must go back to Calabar were we came from and they erroneously said the land which we live belongs to them. By origin, I am Abayen, our neighbours in Eki have tried to annex us by force but our objection has led to this crisis. In fact, any community we run to as refugees they must attack that community too.”

Speaking for the people of Eki ward, the former chairman of the council, Etubom Justin Asuquo, said: “This incident started last year but we were seeing peace coming close until June 13 when there was a serious attack on the people of Idim Ndon. That day, youths from Obom Itiat, Mbiabo and Ikot Offiong invaded Idim Ndom at about 2:00a.m. and killed 17 persons. Since then, the attacks have continued till date. More than 25 persons have been killed from our side”.

On the lasting solution, he said: “If key actors involved are fished out for them to sign an undertaking of peace, it will reduce the tension. Also, there should be security patrol along the riverine area from Okrikang to Atan Eki beach. The state government should involve traditional rulers in resolving issues of boundary demarcation, most especially between Ediong and Obom, Itiat and Idim Ndon”.