Controversies over death of man shot by Customs official 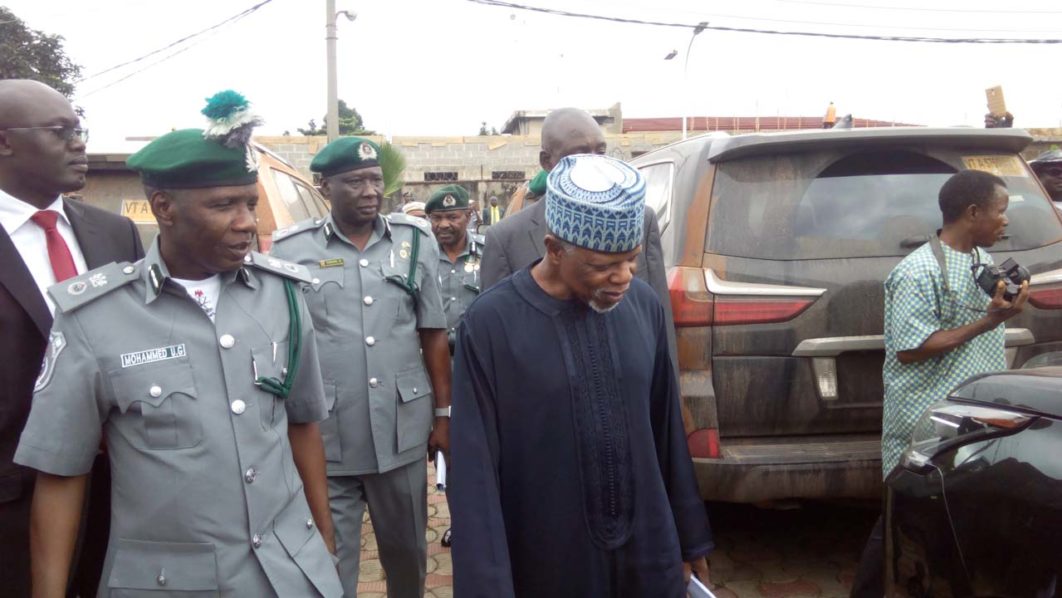 “Shoot it. Kill me.” A shot rang out and there was a dead man on the ground.

But Nigeria Customs Service Sunday said the death of the man, identified by the Customs as Godwin, along the Sagamu Interchange, Ijebu Ode, Ogun State, came amidst “skirmishes and struggle” with its officials.

Joseph Attah, the customs’ spokesperson, said the passengers in the bus, suspected to be involved smuggling operations, attempted to disarm the Customs officer.

“Preliminary finding indicates that it was during the skirmishes and struggle to disarm the officer that the rifle discharged and hit the friend of the Customs (Godwin) who lost his life,” Attah said.

In the footage, which has since gone viral, passengers could be seen arguing with Customs officials, but there was little to show that there were skirmishes.

The footage circulating on the internet showed a woman screaming at the top of her voice and accusing a Customs officer of killing the man, who is said to be a traveller, because of N5,000.

The woman claimed the deceased was her sibling and that they were returning from abroad.

Custom, however, said the deceased was “not a passenger of the bus but a good citizen who always come to fetch water for Customs Patrol men anytime they return to the base.”

In the footage seen by The Guardian, the deceased had a shoe and a pair of black socks on and was laid inside a private car.

Before the gun was fired, a passenger was heard warning an official not to touch his iPhone, while some others were arguing with another official.

As the argument continued, a voice, suspected to be that of the man arguing with a Customs official was heard saying, “Shoot it. Kill me” and a gun went off immediately after.

The sound of the gunshot caused some people at the scene to flee while the man who took the video with his phone could be heard saying, “Custom don kill person o…you are not going today.”

Attah maintained that the patrol team has been summoned for further “investigation”.

He also disclosed that “the Service is already in touch with the bereaved family”.

“Sadly, it should be noted that while attention shifted to the dead and the wounded, the passengers who filmed with inciting commentaries boarded their vehicle and left, leaving the wrong impression that it was one of them that was killed,” he added.