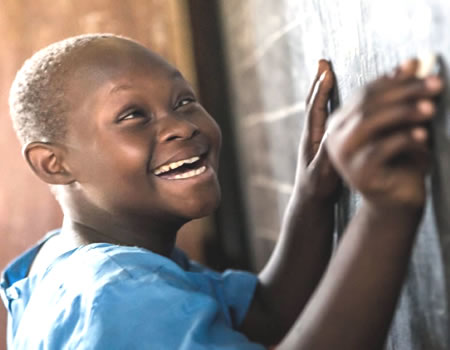 Although the main cause of autism is unknown, a child mental health expert, Dr Cornelius Ani, has warned pregnant women drinking alcohol to desist having babies with fetal alcohol syndrome, a major cause of autism in children.

Ani, a senior lecturer at the Imperial College London, said avoiding alcohol use in pregnancy would reduce their chances of having babies with developmental conditions like Attention Deficient Hyperactivity Disorder (ADHD) and autism.

He declared that although many cases of autism are due to genes, a proportion is assocaited with conditions to do with pregnancy and circumstances around childbirth.

Death of senior prefect in Ondo: Teacher submits self to Police

Dr Ani added that perform babies, traumatic deliveries and infections like meningitis  to make babies to stand the risk of brain damage that afterward translate to autism.

Dr Yetunde Adeniyi, also a consultant child and adolescent psychiatrist, stated that this condition, characterised by a significant impairment in social interactions and communication, affects one in every 60 children globally.

Children with autism, she declared expresses repetitive behaviours like spinning on a spot, hand flapping, repeating other people’s words and problems using and understanding such gestures as nodding and shaking the head to communicate and often perform poorly in school.

Head, Department of Psychiatry, UCH, Ibadan, Professor Olayinka Omigbodun, said that autism was commoner in boys than girls and urged parents with autistic children not to abandon them.

According to Professor Omigbodun, through many assistive technologies, such children could be helped to reduce the impairments and burden associated with their condition.

She called on the Federal Government to ensure an all-inclusive education system to allow children with developmental conditions like autism attend normal schools.

Head, Department of Child and Adolescent Psychiatry, Dr Tolulope Bella-Awusah stated that there are no available tests for detecting autism in pregnancy.

According to Dr Bella-Awusah, subtle signs of autism that parents might notice as early as six months are when the baby is not babbling in response to the caregiver and a reduction in response to surrounding noise.

Otegbayo, however, urged continuous collaboration between psychiatrists and educationists to ensure autistic children learn better and could communicate.

The post Autism: Mothers warned against alcohol use in pregnancy appeared first on Tribune Online.