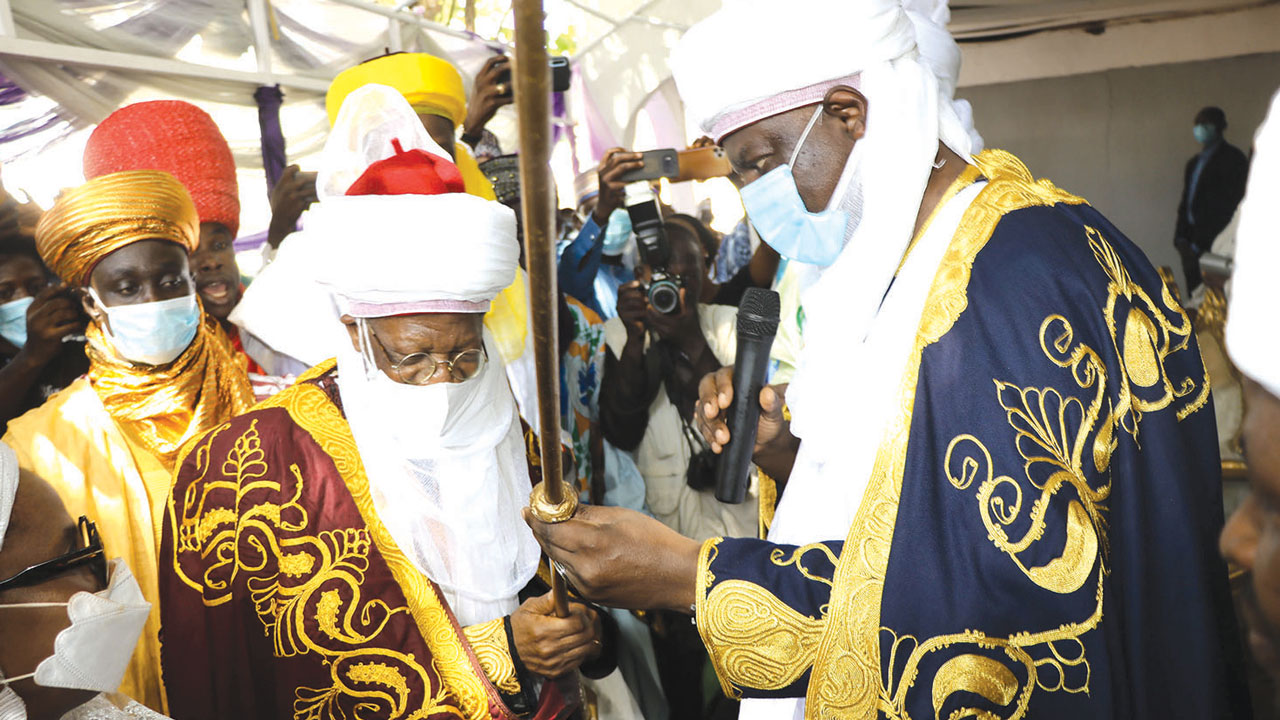 Minister of Information and Culture, Alhaji Lai Mohammed (second left) with Emir of Argungu, Alhaji Sama’ila Muhammad Mera, while presenting the Instrument of Office to the Minister after his turbaning as the ‘Kakakin Kabi’ in Argungu, Kebbi State…yesterday. PHOTO: NAN<br />

The Minister of Information and Culture, Lai Mohammed, has been turbaned by the Emir of Argungu, Alhaji Muhammad Mera, as the Kakaki Kabi, a ceremony the Kebbi State Governor, Abubakar Bagudu, shunned.

Prominent Nigerians witnessed the ceremony, which had yesterday at the palace of the Argungu monarch in Kebbi State.

Explaining the ‘Kakaki Kabi’ title as the spokesperson of the Kabi people, Mera said the decision to honour the minister was due to his commitment in promoting unity in the country, as well as his support to the last Argungu International Fishing Festival, which was successful.

“He merits the title and I consulted my subjects before I took the final decision,” he said.

Responding, the minister thanked the people of Kabi for honouring him with the title, adding that his tenure will continue to strengthen culture to bring unity and peace in the country.