The Osun Progressives (TOP), a group within the All Progressives Congress in Osun State, loyal to the Former Governor Rauf Aregbesola, the present Minister of Interior has approached the Federal High Court sitting in Osogbo over the ward congress held on July 31st, 2021.

Accord to court documents seen by AMILOADED, the group approached the court to challenge the legality or otherwise of the congress presided over by Hon. Gbenga Elegbeleye-led committee.

“Being Bonafide Members of the 1st Defendant’s And aspirants in the elective positions in the various Wards in the 30 Local Governments in Osun State For themselves and all other Aspirants/ Candidates who paid prescribed fees for Procurement of nomination forms for the Purpose of contesting the 1st Defendant’s Elective positions in Osun State during the Congress which was supposed to be held on the 31st of July, 2021but were wrongly excluded or prevented from participating by voting or being voted for,” the document reads partly.

AMILOADED gathered that it was filed by Yusuf Asifat Makanjuola and 2,516 others as plaintiff, while The All Progressives Congress is the first defendant. 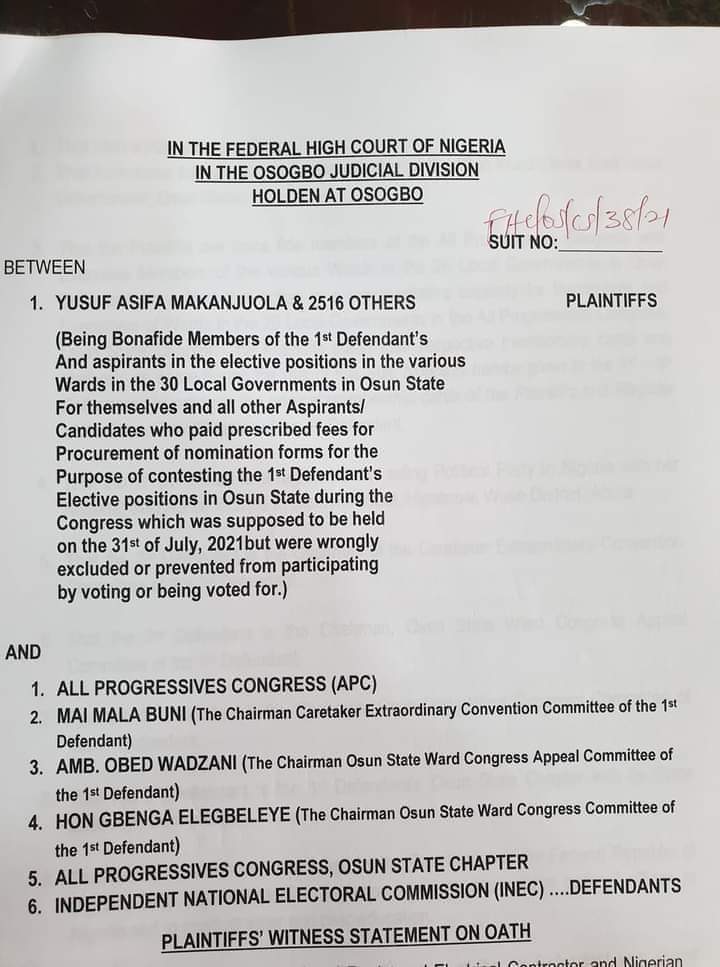