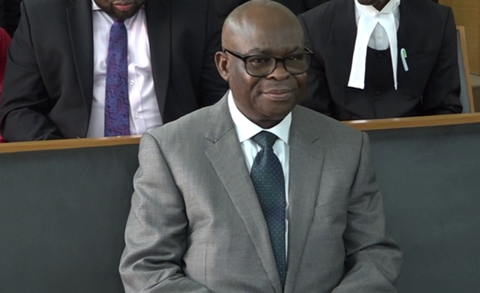 The Abuja Division of the Court of Appeal has fixed Friday for judgments in the four appeals filed by the ex-Chief Justice of Nigeria, Justice Walter Onnoghen, in relation to the validity his trial before the Code of Conduct Tribunal.

The judgments are coming about three weeks after the CCT had convicted Onnoghen and ordered his removal as CJN, and about two and ten days after the Court of Appeal heard the appeals and reserved its judgments.

There is a pending appeal challenging the April 18, 2019 judgment of the tribunal convicting him, and another challenging an earlier ruling of the CCT which dismissed his no-case submission.

The Court of Appeal has yet to fix any date for the hearing for the two pending appeals.

The press officer of the Court of Appeal, Sa’adatu Musa-Kachalla, announced Friday as the date for the judgments the four appeals earlier heard by the court in a message she sent to journalists on Thursday.

A three-man bench of the court led by Justice Steven Adah, had heard the four appeals and reserved judgments, on February 27, 2019.

Onnoghen, who was then on suspension following an ex parte order of the CCT, had subsequently after instituting the appeals, resigned from office and also got convicted by the CCT on charges of failure and non-declaration of assets.

He had by one of its appeals challenged the jurisdiction of the CCT to hear the charges.

Another of the appeals challenged the ex-parte order on which President Muhammadu Buhari relied on to suspend him and appointed Justice Tanko Muhammad as the acting CJN.