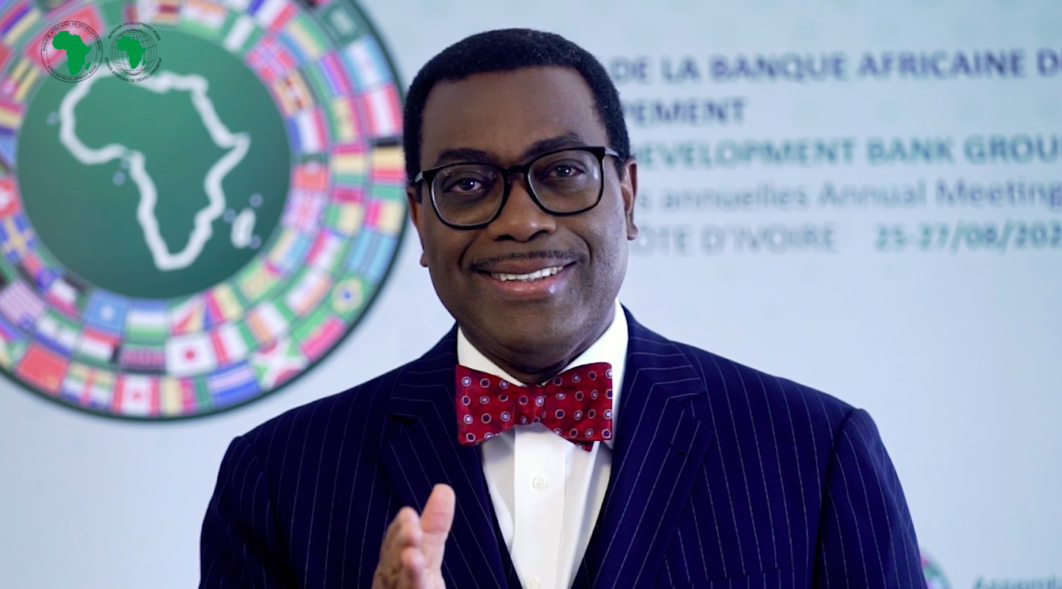 The Director-General of the World Trade Organisation (WTO) and ex-Minister of Finance, Dr. Ngozi Okonjo-Iweala; President of the African Development Bank (AfDB), Dr. Akinwunmi Adesina; Governor of the Central Bank of Egypt (CBE), Tarek Amer and other regional economic stakeholders, yesterday, expressed concern about rising national debts, warning that majority of countries in the continent to face a high risk of falling into a debt trap.

They expressed their concerns during the ongoing African Development Bank Group’s 2021Annual Meetings, warning African political leaders to explore other funding options and scale up debt management transparency. The experts observed that majority of the countries are grappling with sustainability just as debt servicing has become a major burden on the regional economy.

Okonjo-Iweala observed that the current debt burden pre-dated COVID-19 but was worsened by the pandemic. Noting that “prevention is better than crisis management”, she warned that Africa could not afford to fall into a debt trap again.

According to her, many African countries’ debt to gross domestic product (GDP) ratio ballooned during COVID-19 and the oil market crisis. For instance, she said, Nigeria’s debt to GDP moved up from 29 per cent to 35 per cent during the recent lull in the international crude market.

Recent data shows that the Federal Government spent a sum of N1.02 trillion on domestic and foreign debt service in the first quarter of 2021, representing a 35.7 per cent year-on-year increase compared to N753.7 billion spent in the corresponding period of 2020.

A cursory look at the data released by the Debt Management Office (DMO) reveals that N612.71 billion was spent on domestic debt service, while N410.1 billion was expended on servicing of external debt.

The WTO DG described Africa as an embodiment of the global trickery growth, noting that the continent lags while the advanced economies and China “are growing at a faster rate”. She noted that the growth prospect was further compromised by the debt burden and uneven COVID-19 vaccination, which could exclude African countries from the travelling space.

Adding that higher debt carriage capacity meant a higher risk of distress, she observed that most African governments considered it convenient to ignore the debt sustainability threshold when “things are good” only to expose themselves to systemic risks when the economy is on a downtrend.

The ex-Finance Minister called for the adoption of innovation in public finance and debt management, adding that increasing demand for bonds and enforcing open border initiatives as represented by the African Continental Free Trade Agreement (AfCFTA) could help to unlock economic potential and increase debt sustainability.

“Innovation in debt financing is key,” the trade expert said while noting rising debt to revenue translated to fewer resources for the much-needed developmental projects across the continents.

Citing continent-wide research, Adesina said only one out of 38 African countries with sustainability reports was free from sustainability challenges. The rest, he said, had challenges ranging from moderate to high risks.

According to him, to increase sustainability, African countries would need to agree on the convergence of macroeconomic reforms, increase the fight against corruption and deepen domestic resource mobilisation to reduce the risk of a debt crisis.

“There should be full transparency on debt, especially those owed by state enterprises,” he stated, adding that debt relief might not lead to economic growth. He stressed that financial stability was also key to averting the looming debt crisis.

In his opening remarks, Adesina said the meeting offered the stakeholders an opportunity to share ideas on how to position African and AfDB for growth. Regretting that Africa produced only one per cent of the global COVID-19 vaccine, the AfDB President said the continent must brace up for the challenge of vaccination as “I would not continue to beg for vaccines”. He said the bank would continue to support the continent to overcome the challenge

“The effects of the pandemic on the continent’s economy have been massive. Africa’s cumulative GDP losses are estimated between $145 billion and $190 billion. Africa will need a lot of resources to support its recovery,” he said.

Acknowledging the role of public debt in escalating poverty, he promised: “We will support countries to tackle debt and embark on bolder economic governance reforms to forestall a debt crisis.

“We now have a real opportunity to tackle Africa’s debt challenges, more decisively, with the recent decision by the IMF to issue $650 billion special drawing rights (SDRs). As agreed by African heads of state and global leaders at the Summit on Financing of African Economies, called by President Emmanuel Macron of France, $100 billion of these SDRs should be provided to support Africa,” he said.