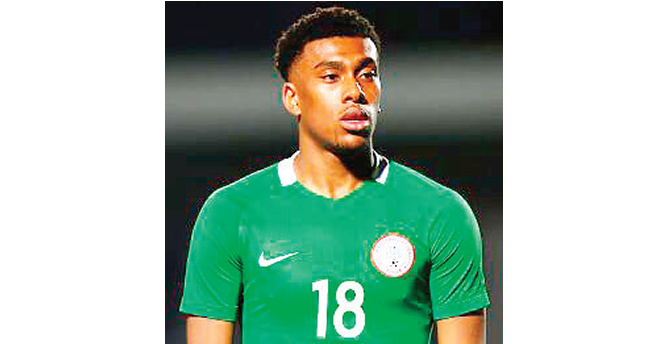 The Bollywood star came under severe criticism from all quarters after sharing a racist remark directed towards Iwobi on her Instagram account. Esha Gupta quickly deleted the post, but her followers had been quick to take a screenshot of it. She did post a hastily written apology but that too fell on deaf years as Twitter users and Arsenal fans continued to slam her.

According to IANS, in her letter to Iwobi, Esha Gupta wrote: “I am extremely sorry for my ignorant action last Friday. Being an ardent fan of many years, I was deeply engrossed and caught up in the game.”

She said she “clearly did not realise the racial undertone” from her friend’s message, which she had shared on Instagram last week.

“For this, I am deeply regretful. I cannot begin to imagine how much I have hurt your sentiments. Racism has absolutely no place in my heart, and I promise you, for whatever it’s worth, going forward this will never happen again,” she said.
Gupta also wished Iwobi forgives her for her “careless action”.

She even penned a letter to Arsenal FC, wherein she wrote: “I hope the club can accept my humblest apology and give me the opportunity to make amends. I promise to be very responsible from here on.”
Meanwhile, Iwobi has been named the third best U-25 midfielder in Europe’s top five leagues in one key stat.

Alhough the Gunners number 17 has been criticized in recent games, especially against Manchester City on Sunday, a new performance indicator published by Ashwin Raman of Football Whispers suggests the Super Eagles star has lived up to expectations this season.

Raman analysed the matches in the English Premier League, La Liga, Bundesliga, Ligue 1 and Serie A using advances stats and has ranked the top 20 midfielders and attacking midfielders with 850+ minutes for open play.

It is a methodology of giving marks to each shot or pass and adding them to get a number, showing how much a player could / should have been decisive, on average per match.

The top midfielder is Diogo Jota of Wolverhampton Wanderers (0.47) followed by RB Leipzig’s Marcel Sabitzer (0.43), then Iwobi at 0.43.