Bindow’s ouster was evident immediately after the March 9 election when Fintiri went ahead of him by 32,467 votes.

The Independent National Electoral Commission (INEC) had declared the election inconclusive only because Fintiri’s 32,467 margin of lead was smaller than the number of cancelled votes- 40,948.

Fintri won at the 44 polling units in 14 LGAs where the supplementary poll held.

Here are seven main reasons why the sitting governor was defeated:

1. Fintiri’s popularity: When Fintiri got the PDP governorship ticket last year, many also expected he could stage an upset. “I knew that Bindow would have a fight in his hands the instant Fintiri got the nomination of his party last year. Fintiri was PDP’s best choice if the mission was to defeat Bindow,” Andah Ibrahim, a political analyst, said.

Fintiri achieved his popularity with Adamawa people when he rose from being Speaker of the House of Assembly to become acting governor in 2014 between when former Governor Murtala Nyako was impeached and Nyako’s deputy was made governor following a court process.

In between the times, Fintiri reigned as acting governor for less than three months. But he acquainted himself as an action governor with a heart for workers’ welfare.

A good number of his 375,000 votes in the just concluded election came from those who want a repeat performance of the ‘ATM governor’, as he became known.

2. Atiku’s factor: Bindow was also undone by the presidential candidate of the PDP in the 2019 election, Atiku Abubakar, a son of the soil. His people who, in 1999, voted for him as Governor became he became Vice President resisted the otherwise strong wind that blow across the Northeast and Northwest based on President Muhammadu Buhari’s cult-like followership.

Atiku polled 412, 266 to defeat President Muhammadu Buhari with 377,488 votes in Adamawa during the presidential race to prove he is really the son of the soil. At the governorship poll, it was only normal for Adamawa residents to sustain the trend.

The Atiku factor in the presidential election appeared to have carried over to the governorship poll to add value to Fintiri’s quest. Bindow’s fallout with Atiku when the latter defected to the PDP also didn’t help matters at all.

3. PDP’s strong presence: The PDP has always been in power in Adamawa since 1999 until Bindow became governor during the Buhari tsunami that swept through the north-east. Incidentally, the governor and Atiku were in the same party in 2015.

But since they fell apart, Bindow became disadvantaged. Despite being out of power for four years, the PDP always remained a strong party across the state.

4. APC’s rancorous primaries: Another factor that worked against Bindow outside his own making has been the internal wrangling within his party. One form of conflict or the other might have existed within the APC but the most telling conflict erupted late last year around the question of who was to bear its flag in the 2019 governorship election.

Ahmed Halilu, better known as Modi, a brother- in- law to President Muhammad Buhari, who was adjudged next to Bindow in the said primary, said the election was an imagination of the APC stalwarts sent from Abuja.

Nuhu Ribadu, a former chairman of the Economic and Financial Crimes Commission (EFCC), who was rated third in the controversial APC governorship primary, similarly said the primary was a charade as it never took place anywhere in the state.

From that ill-fated APC primary in October 2018 up to the conduct of the March 2019 governorship election, neither Mudi nor Ribadu accepted Bindow as the APC governorship candidate in Adamawa State. Both campaigned vigorously for Buhari in the state but either ignored Bindow or possibly worked against him when he needed support most.

5. Murtala Nyako’s factor: A related issue was the defection of Nyako from APC. As a matter of fact, Bindow is accused of having alienated himself from people who matter in the state. Most commonly mentioned is former governor Murtala Nyako. The story is told of how Murtala Nyako, while he was governor in 2010, single-handedly picked Bindow to run for the Senate.
Bindow, riding on Nyako’s goodwill, won election into the Senate in 2011, the same way he rode into office as governor in 2015 on Nyako’s back. “Bindow shocked many people when he became governor and immediately began to malign Nyako, a man who staked his wealth and reputation to make him governor,” a veteran journalist who has been following events in the state, said.

He added that the alienation of Murtala Nyako was responsible for the emergence of Sen Abdulaziz, Nyako’s son, as a candidate in the just concluded governorship election.

“Imagine how far Bindow would have gone in this election if Abdulaziz had not left the APC to become the African Democratic Congress (ADC) candidate in the election,” the veteran journalist said.

Abdulaziz’s ADC came third in the election, polling 113,237 votes. The reasoning is if Abdulaziz had remained a loyal APC member and half of those votes had gone to the APC, Fintiri who defeated Bindow in the election by 40,166 votes, would have been helpless.

6. Political naivety: Bindow’s critics also accuse him of taking his reelection for granted and not making efforts to attract goodwill at the just- concluded election. An online newspaper publisher, Mohammed Ismaila, said: “Bindow won election in 2015 on a platter of gold. He didn’t suffer for votes because he rode on the back of tremendous goodwill, especially with the Buhari bandwagon and lots of people with goodwill who supported him. He appears to have been conditioned to thinking that he does not need effort to win election.”

7. Detachment from the masses: Many people also blame Bindow for not reaching out to Adamawa people with patronage. One of the issues with which Mudi campaigned against him during the APC’s governorship ticket last year was that rather than use local contractors, Bindow would give all contracts to expatriates.

He is widely accused, similarly, of abandoning empowerment programmes that endeared his predecessor, Murtala Nyako, to the masses. “Bindow empowers only himself, rather than spread the wealth. That’s why he did not have sufficient public goodwill to win second term,” one of the critics asserted. 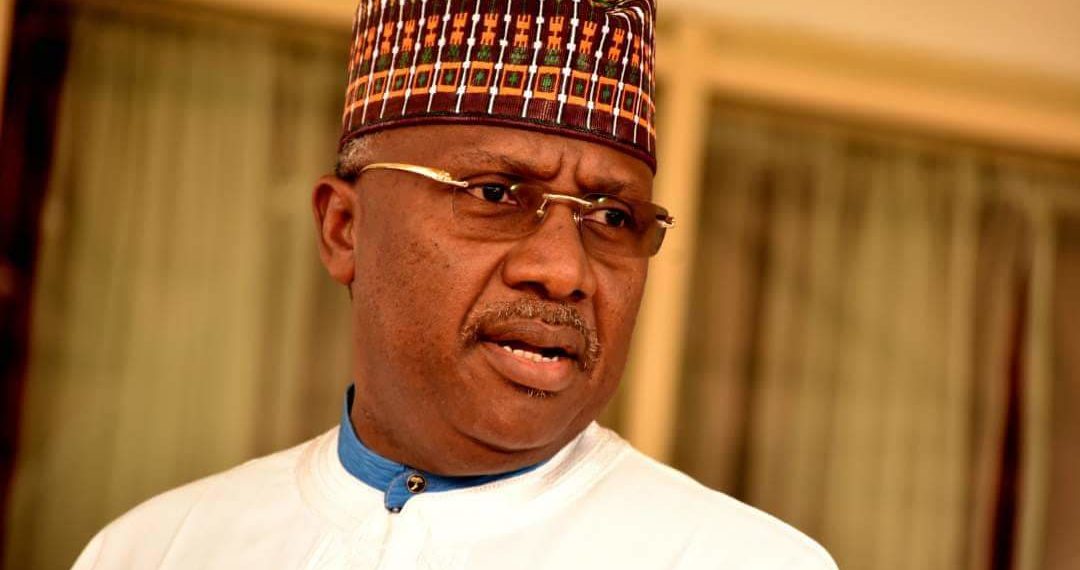