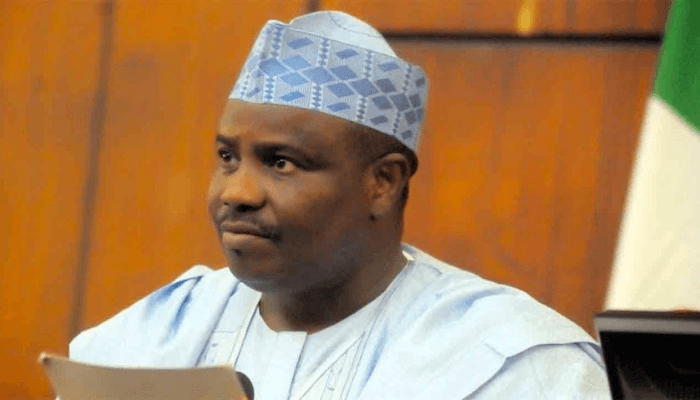 Aminu Tambuwal, Governor of Sokoto State has said he was still consulting if to contest the 2023 presidential election and would decide at the appropriate time.

Tambuwal, who is the Chairperson of the People’s Democratic Party (PDP) Governor’s forum, stated this in an interview with Premium Times Tuesday.

“Now that we have almost done all the congresses and conventions, I will come back to you after consulting in a matter of a few weeks, few months.

“I have tried it before. It (presidential ambition) was in air in 2014. After consultation, I decided not to run. In 2018, after consultations with a number of stakeholders I threw my hat into the race. I will commence my consultation extensively now and make it public after,” Tambuwal said.

When asked why he left the ruling All Progressives Congress (APC), the Sokoto Governor said despite playing an active role in the victory of the APC in the 2015 presidential election, he was not convinced about the performance of President Muhammadu Buhari in his first term in office which made his decision to dumped the party easy, while revealing that he was persecuted by the administration for dumping the party.

“I am part of those that supported the formation of the APC, the coming on board of President Muhammadu Buhari but I have exonerated myself when I left in August 2018. I made it public. I made it clear that I was not convinced with the government’s performance in the first term,” Tambuwal added.

Speaking further, the former speaker of the House of Representatives, revealed that the party had decided to dialogue with it suspended former national chairman, Uche Secondus for the issues surrounding his suspension to be settled out of Court.

Commenting on the rumoured defection and presidential bid of former president, Goodluck Jonathan to the APC, Tambuwal stressed that Jonathan would be a difficult candidate to market to Nigerians by the ruling party, adding that if Jonathan has any presidential ambition in 2023 it could be easily realised in PDP.

According to him, “We advise that he should not even contemplate it. Otherwise, how are they going to market him? His situation will be like that of my senior brother, Adams Oshiomhole and Ize-Iyamu.

“You know that in Edo, during the last governorship election, it was more of what Adams himself had said about his own candidate, Ize-Iyamu, which became campaign issues.

“People will just assume what President Buhari, Asiwaju Bola Ahmed and the rest of APC stalwarts had said about Jonathan. That, I can guarantee, is what we in PDP will do. So, I advise President Jonathan, if he has any aspiration, he should possibly consider it in the PDP rather than leaving to join the party”.